Heading to Edinburgh this month? 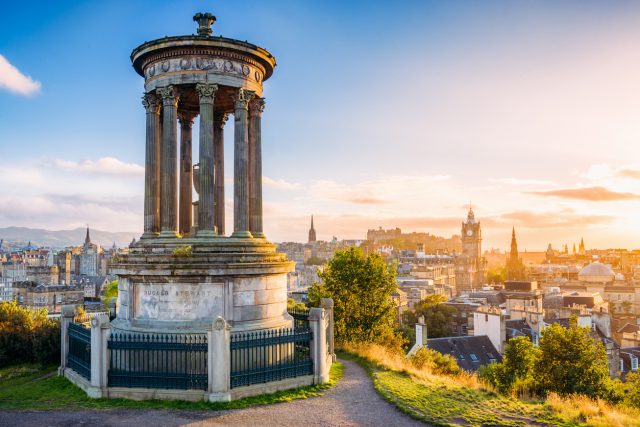 Hundreds of thousands of people are making a pilgrimage to the city this month. The Edinburgh Fringe features everything from stand-up comedy and improv, to circus acts, theatre and music, and everything in between.

But with Fringe events happening every hour, on the hour, we know you’ll need to take a breather at some point.

Edinburgh’s drinks scene is thriving right now, with new distilleries and visitor centres cropping up all over the city, but it’s also home to some incredible bars that know how to play up to the festival season.

We’ve listed a few of the drinks-based offers and events you can make the most of in the city throughout August, from an afternoon tea laced with Scotch, to a Stranger Things-themed bar serving Game of Thrones-themed wines…

1) Whisky/Gin/Rum tastings at The Fringe 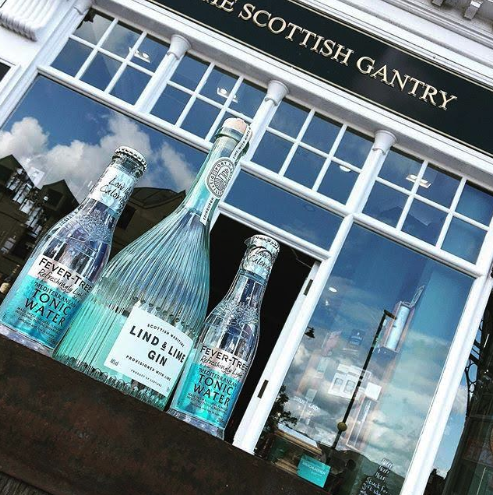 The Scottish Gantry is a boutique drinks shop in Stirling, which is bringing its tasting sessions to The Fringe. The shop is running three sessions on successive days at Akva Bar, allowing ticket holders to sample a variety of whiskies, gins, and rums. Each ticket gets you six drinks, all paired with Fever-Tree mixers.

Our Calligraphy Class hosted by Paper Parade Stationers was magical! We have a variety of other classes available over the coming month!💕Don’t miss out on the fantastic opportunity to spend some time in our St-Germain Garden, where you can enjoy a St-Germain Spritz and learn a new skill. 😍 Grab the last of our tickets before they sell out on our Website at Tigerlily Edinburgh under Offers. #Edinburgh #TigerlilyEdinburgh #StGermain #NewSkill #CreativeClass

A post shared by Tigerlily Edinburgh (@tigerlilyedinburgh) on Aug 4, 2019 at 3:36am PDT

Montpeliers Ltd have launched a Festival Cocktail Club, offering £4 wristbands which can be purchased online.

The wristband entitles holders to £4 cocktails across all the brand’s venues, including Tigerlily, Candy Bar and Lulu Nightclub. The wristband offers an extensive range of cocktails and also gives free entry to Lulu before 11pm (excludes Saturdays).

As well as this, both Tigerlily and Apothecary Bar are offering visitors a complimentary Aperol Spritz on 13 August if they come wearing something orange…

A spokesperson told db the venue has already sold 8,500 wristbands.

#fringefestival 2019 has arrived! Whatever you do this August make sure you pop down to East Market Street for a taste of The Upside Down 🙃Hard Shakes, Boozy Ice Cream Floats, Classic 80’s Cocktails and our twisted takes on those classics! Not only that but Wines of the Seven Kingdoms will return to @thehubroyalmile on August 11th and we also have a surprise pop up in the works to be announced very soon… Keep your eyes peeled! #august #festival #fringe #edinburgh #scotland #drinks #weekend #bar #cocktail #cocktails #80s #retro #tasty

Event specialist The Pop Up Geek is returning to the city this year with a Stranger Things themed bar, running until 1st September in the Edinburgh Arches. Offering a selection of classic 80’s cocktails (e.g. Eleven – classic take on the Alabama Slammer), hard shakes and boozy ice cream floats, the bar takes inspiration from the hit Netflix series.

We’ve spent the morning with the amazing @calvadaws, @alovelycupoftea & @corkcask sampling some of the truly incredible new wines they have brought forward for Wines of the Seven Kingdoms this Sunday! You do not want to miss this tasting! Grab a £5 entry ticket and buy wine as you go or go all in with our All Inclusive tickets and enjoy as much wine as you like 🍷⚔️ Fringe is better with wine in the belly! www.thepopupgeeks.com/winesofthesevenkingdoms #fringefestival #wine #event #drinks #tasting #thepopupgeeks #royalmile #gameofthrones #sevenkingdoms

In a strange twist, the brand will also be offering a Game of Thrones themed event on 11th August in the Hub. ‘The Wines of the Seven Kingdoms’ will bring the wines of Westeros to life.

It’s a tasting featuring 40 wines that represent the closest geographical comparisons to things such as Dornish wine.

Guests can purchase all-inclusive tickets to the tasting for £35.

Edinburgh restaurateur Carina Contini and husband Victor opened their first restaurant in 2004, and have since gone on to establish three of the city’s top haunts; Contini George Street, Cannonball Restaurant & Bar on Castlehill and The Scottish Cafe & Restaurant at the Scottish National Gallery, all of which hoover up more than a few Fringe pilgrims throughout August.

This year, the Cannonball restaurant is offering a special Teapot Dram Afternoon Tea during August, as well as a highly traditional – not to mention boozy – lunch package.

The Cannonball Package includes a three course set menu, a glass of Prosecco, half a bottle of wine and a dram of whisky or gin liqueur before being escorted Castle Esplanade to watch the Royal Edinburgh Military Tattoo.

In addition, Contini George Street will host live music on Thursday, Friday and Saturday afternoons during the Fringe.

Official sponsors of Edinburgh International Festival’s Contemporary Music Programme, Edinburgh Gin will be hosting a series of pop-ups around the city for the Fringe, including a trailer in the Gilded Garden.

6) The Rhythm and Booze Project 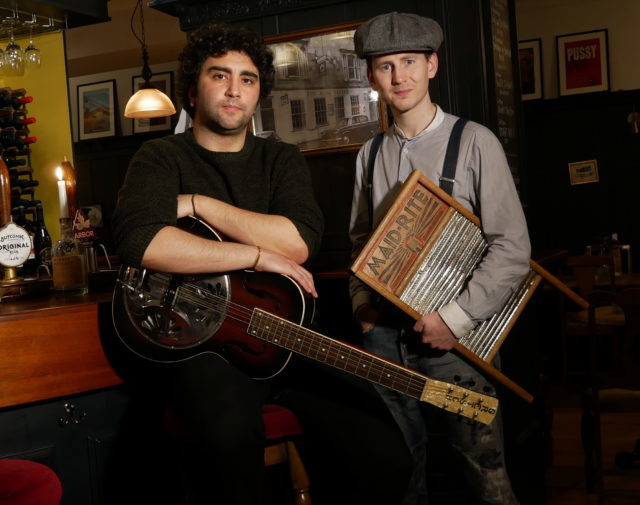 The Rhythm and Booze Project, a group known for hosting live music and Scotch sampling at Lagavulin and Caol Ila distilleries during the annual Feis Ile, is the brainchild of whisky writer Felipe Schrieberg (vocals and guitar) and Paul Archibald (drums). The pair are bringing their show to the Edinburgh Fringe for the first time this year, providing Scotch-loving festival-goers with a mix of music, booze and merriment.

The Rhythm and Booze project will run from 9 August until 17 August, with tickets costing £16 each.