Australia’s top diplomat optimistic of quick deal with UK – but will it bring cheaper wine?

Australia’s top diplomat to the UK is optimistic that the two countires can sign a Free Trade Agreement (FTA) by the end of 2020 – but will it lead to prices being cut on supermarket shelves?

Speaking to Politico’s London Playbook last week, Australian High Commissioner George Brandis said he was optimistic of a deal being signed between Australia and the UK before the end of next year or possibly sooner.

He argued that the “ambitious” FTA that Australia agreed with the US in 15 months in 2004 was the cause for his optimism in the UK’s case and that regardless of whether there was a deal before the UK leaves the EU or not, the shape of the FTA would be “pretty much the same”, assuming that any deal didn’t include a customs union or other trade restrictions on dealing with third-party nations.

“The political will to do it is there,” he told the publication.

Speaking to db about the article, the WSTA’s European & International Affairs Director Simon Stannard said the timescale was “ambitious” but he noted that if both sides are keen to conclude an FTA within this timeframe then the WSTA would not disagree with it – and a swift agreement could prevent the introduction of any tariffs.

“Given the Government has indicated it will suspend wine import tariffs in the event of a no-deal Brexit, concluding a swift FTA with Australia should allow a seamless transition from suspended tariffs to zero tariffs under an FTA,” he told db.

If the UK crashed out of Europe on 31 October without a deal, tariffs will be suspended, which means that importers will no longer be required to pay import tariff of 9p or 10p per bottle (depending on the abv of the wine), Stannard explained. But this suspension will be time-limited and so a rapid negotiation of an FTA should allow the permanent removal of tariffs without having to introduce them in the interim.

Australia currently represents around 20% of the total wine imported to the UK and ranks as UK off-trades’ leading country of origin, with a market share of around 24% by volume, and 23% by value (IRI 12 months to March 2019). Retail value sales rose 1.5% in the  last year to  £1,188million (Nielsen MAT TY WE 15.06.19), but overall exports to the UK have declined in the last year, in part due to large companies’ Brexit contingency planning. The most recent data from Wines of Australia showed UK exports fell 3% last year in value terms to $373 million on volume down 4% to 236 million litres (26 million 9-litre case equivalents), despite a slight increase in the average value of 1% to $1.58 per litre.

But if tariffs on Australian wine are effectively cut to zero in the UK after Brexit, will UK consumers see wine prices slashed, as it being claimed this week by UK tabloid, The Sun? 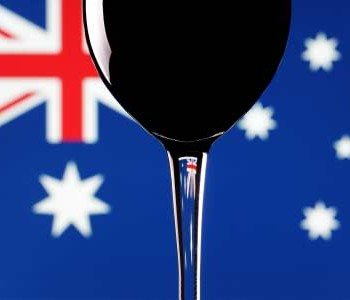 There is no doubt that Brexit has already driven up costs for Australian producers in the UK. Within a year of the Brexit vote, some of the UK’s leading Australian wine brands had seen profits wiped off their balance sheet as a result of the devaluation of the pound in the wake of the Brexit vote and soaring exchanges rate. For example in February 2017, Australian Vintage reported that unfavourable exchange rates cost them AU$10.5 million in the six months to February 2017 (although it since seen its UK sales recover, rising 18% on the back of a concentrating on the sales mix and pricing) while Accolade WInes UK, which owns the UK’s top selling Australian wine, Hardys, admitted back in 2017 that it had been hit by “Brexit-related currency headwinds” and it had been necessary to sacrifice margins to stay competitive on supermarket shelves. The company has seen sales in the UK slide 5.8% in the last year to £599 million (IRI market data 52 w/e 22 June 2019).

Meanwhile suppliers and retailers were forced to waste cash and capital stockpiling and preparing for the original Brexit deadline and they are currently preparing to ramp up activitiy again for the revised October deadline, potentially putting a major strain on resources and warehousing at the busiest time of the year, ahead of the Christmas period.

It would therefore seems somewhat optimistic to think any savings on trade tariffs would be passed to consumer in the long term, given the susbtantial costs already borne by the trade.

There’s also the issue of rising duty, which is currently around 27 times higher than the trade tarif on a botle of wine, as pointed out winemaker and industry commentator, Gavin Quinney.

There are also other factors to consider. Speaking to a Commons international trade select committee back in January, Stannard warned MPs that the tax increase had upset Australian producers and importers who are  interpreted the move as favouring domestic producers. He also warned that winemakers were “seriously” considering shifting bottling away from the UK to mainland Europe if a no-deal Brexit results in increased red tape, trade barriers and tariffs.

But even if it does not bring the price of a bottle of wine down for consumers, an FTA is a big positive in the longer term, the WSTA argues, one that is likely to help maintain the UK’s position at the centre of the international wine industry, as well as providing a bilateral trade “blueprint” for future trade agreements with other countries outside the EU.