Charlie, the resident sloth at Los Angeles Zoo and Botanical Gardens, has tried his hand at brewing, picking out the ingredients for a German-style Kolsch lager called ‘Slothen Bräu’. 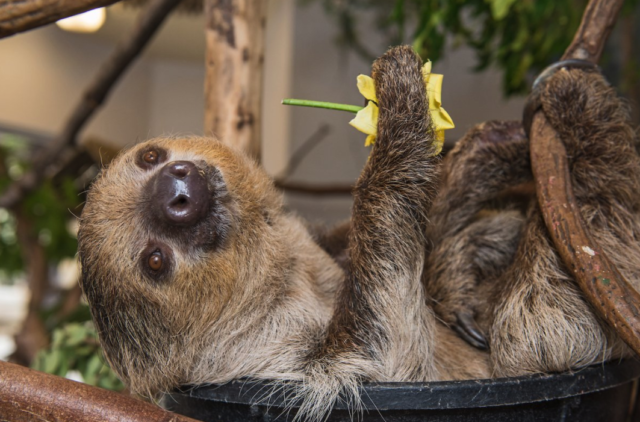 The arboreal mammal helped to select some added ingredients used in the brewing process, which consisted of fruits and flowers.

With sloths usually travelling no more than 38 metres in one day, the decision-making process was far from speedy, with Charlie eventually plumping for pear and rose, according to NBC Los Angeles.

Charlie then received the help of L.A based brewpub chain Simmzy’s Pub, which brought his creation to life.

The tree dweller’s beer will be on pour at Brew at the L.A Zoo, a beer and music festival held at the zoo which is due to take place next month.

This isn’t the first time that the L.A Zoo has put brewing in the hands of its residents. Last year, it called on Ranger the bear, who duly picked honey and hibiscus flowers. L.A isn’t the first zoo to use its animals as brewing consultants either. In 2017 Riverbanks Zoo in South Carolina brought in Patrick, a 394-pound silverback gorilla, to help with the making of a limited-edition beer.

The fastidious primate chose a well-balanced blend of caramel malt, cherries, Pilsen malt and wheat for his brew, also made in honour of a Brew at the Zoo event.