Fears that the El Niño effect would affect Chile’s 2019 harvest proved unfounded, according to VSPT, who hailed the 2019 harvest as one with good, healthy fruit and good quality tannins in its wines. 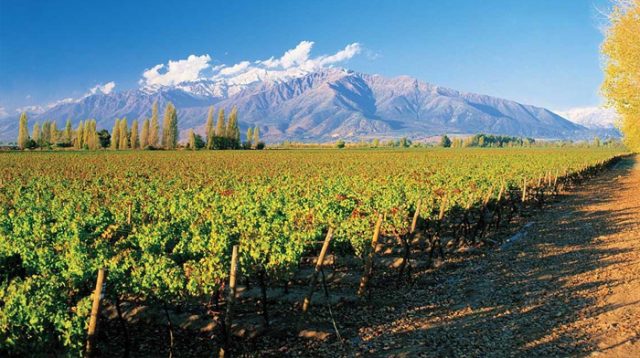 Publishing its 2019 harvest update, the Chilean wine giant despite the threat of El Niño at the start of the season, Chile had escaped the effects that complex weather pattern normally associated with the event.

In November last year, the UN’s World Meteorological Organization said there was a 75-80% chance of a climate-warming El Niño event by February, according to The Guardian, although it was not forecast to be as severe as the one in 2016 which wreaked havoc on the Chilean harvest, causing heavy rains across the central zone of the country in April and effectively wiping out a large chunk of the country’s grape crop, with red wine crops down by 25%.

“The threat of El Niño was diminished and we celebrated a 2019 harvest with excellent fruit health,” VSPT said in its update.

The company has since confirmed to db that yields were similar in volumes to those harvested in 2018.

The Chilean company said the season got off to a good start with a dry autumn with few frosts, but the lack of rain over winter meant that many vineyards had to irrigate in order to prevent smaller yields. A warm, dry spring helped the fruit set well, in a relatively short timespan, on average around 15 days, while moderate temperatures in early summer brought early veraison followed by a return to more seasonal temperature peaks, although without any heat waves.

Breaking down the country by region, it noted that the harvest in the Elqui Valley in the north of the country was similar to that of 2016/17, with good grape health, following a year in which there was low rainfall, with less mist and warmer temperatures than usual, although high summer temperatures were not recorded.

Casablanca Valley saw a warmer and drier season compared to the average, with good quality and fruit health, VSPT said, pointing to the good balance between sugar accumulation and total acidity, aided by the limited production in its vineyards.

Meanwhile yields were normal from the Leyda Valley, despite the region receiving half the normal amount of rain, mainly over the winter, while Maipo saw less rain over the winter months, with very good conditions between veraison and harvest.

It noted “interesting results” with the high-end Sauvignon Blancs from Viña Leyda, which were vinified for the first time in untoasted foudres, with Syrah’s expected to be “elegant and silky,” with Riseling and Sauvignon Gris showing “great varietal authenticity”.

“For this vintage, especially in Maipo, the high tannin quality should be noted, particularly in the El Rosario Estate where our Gran Reserva Tarapacá range is produced, which resulted in ripe, round and smooth tannins. Meanwhile, we experienced an excellent acidity-alcohol-tannin ratio, giving rise to a good year for Cabernet Sauvignon and Carmenère,” it said.

After a promising start to the season, hail in Cachapoal Andes Valley in November caused damage and difficulties in canopy management, followed by heat waves in January, causing an earlier harvest and yields that were lower than the previous year.

Although there were no frosts in the Colchagua Valley, a short season and less fruit set than last year, particularly in Cabernet Sauvignon, meant yields were down, and there was an early harvest in Merlot, Cabernet Sauvignon and Carmenère.

There were also moderate spring temperatures in Maule followed by historic high temperatures in January and February, while Malleco in the extreme south of the country, saw cool weather, which led to a slow, calm ripening and very fresh wines “with a pronounced herbal character… good natural acidity and low alcohol content”.

Stable temperatures and no heatwaves in the Uco Valley also lent freshness to the red wines, following a slow ripening and a later harvest, it said.