iDealwine’s annual assessment of the fine wine auction market shows that Burgundy keeps growing in popularity, while organic and biodynamic brands are also in favour with customers, and Right Bank wines are the ones to watch. 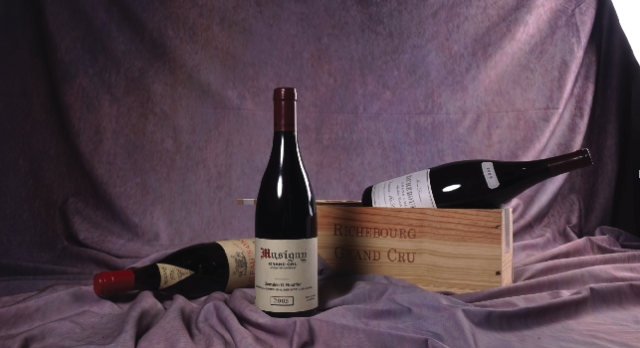 iDealwine’s position as France’s leading online auction platform and a specialist in fixed-price sales affords it valuable insight into the fine wine auction market. The company’s annual analysis of auction performance informs its customers of the latest trends and market evolutions.

The latest report testifies the growing appeal for mature and rare wines in 2018. iDealwine’s WineDex, which tracks the top 40 Bordeaux grands crus, the top 40 Burgundy cuvées and the top 25 Rhône wines, registered 19% growth across the board.

When compared with the French stock market index, wine appears to be a secure investment. In 2018, 43 auctions were held on the iDealwine platform, attracting the interest of nearly 60 buyer countries. In total, no fewer than 143,000 bottles were sold online. Total sales generated by iDealwine auctions reached €17.46 million (£15.09m), up by 32% on the previous year. All in all, it was another superb vintage for iDealwine.

Burgundy on the rise

Burgundy has been the most attractive, expensive region in France for years, and every year this position is reinforced. Of the 50 most expensive bottles sold in 2018, 42 were Burgundy – the figure was 32 in 2017.

The 2018 record is held by a bottle of Romanée-Conti 2005 sold for €16,173 in December 2018. Collectable bottles from Henri Jayer continue to be fought over at auction: a magnum of Vosne-Romanée 1er Cru Cros Parantoux 1982 sold for €14,592, making it the fourth-most expensive bottle to sell in 2018. Further down the rankings are wines from Henri-Frédéric Roch.

Wines from the Côte de Beaune are emerging, with, for instance, a Volnay Clos des Ducs 1978 from Domaine du Marquis d’Angerville in 55th place (six bottles sold for €6,834).

Although Burgundy’s Pinot Noirs are the most coveted, the white-focused Montrachet appellation also features in the rankings. Despite a year that was once again marked by the relatively stable prices of its crus classés and related crus, Bordeaux was not completely outdone in terms of performance. The volume of Bordeaux wines sold last year at auction on the iDealwine platform is 45%. In 2018, the region owed its success to the great performance of Pauillac’s premier grand cru classé, Château Mouton Rothschild.

On the other hand, prices of Petrus, a hitherto undisputed safe Bordeaux investment, stagnated in 2018, especially for recent vintages. The rise of this Pomerol star is now measured in the medium term. The performance of second wines is an interesting development, as they are beginning to attract an increasing number of wine enthusiasts.

Eyes to the right 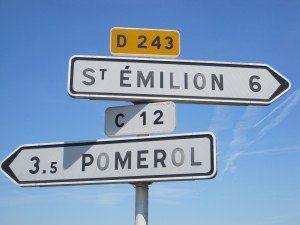 Right Bank wines – from Pomerol or even lesser-known appellations – should be watched closely in the years to come. Prices of vintages from the 1990s and 2000s remain relatively attractive compared with recent vintages. 2018 was a particularly successful year for domaines from the northern Rhône Valley, especially in Hermitage, Cornas and Saint-Joseph. More than a fifth of the bottles sold through iDealwine auctions in 2018 – and an even larger proportion if you include fixed-price sales – were wines that were organic, biodynamic or natural.

Regions such as Alsace, the Loire, Jura or Beaujolais are at the forefront of this trend, which has even created some speculative movements (Overnoy in Jura, Bernaudeau in the Loire, Anglore in the Rhone). This is one of the most closely-watched phenomena in the auction market. The movement is still a bit slow to take off in Bordeaux but some precursors of biodynamics, Château Pontet Canet, for example, have a special place in iDealwine auctions, as one of the only two crus that were ranked fifth in 1855 that are present in its top 20 Bordeaux highest-priced domaines at auction.

In the Margaux appellation, following the example set by Château Palmer (now biodynamic), many of the crus classés are going down the organic route.

The natural wine trend raises a number of questions. Is it a long-term phenomenon or just a passing fad before the next big thing comes along?

One of the key factors in assessing a wine is its rarity, as well as the quality of the cru and the winemaker’s talent. The initial production contributes to shaping a wine’s rare nature. The age of the wine, combined with the quality of the vintage, is another decisive factor. The range of regions sought by wine lovers has grown considerably.

Nowadays, the producer’s talent is a decisive factor in establishing the domaine’s image, whatever the region. The death of a renowned producer generally means their wines are sought after at auction, and they go on to become collectors’ items. This has happened to the likes of Rousseau, Henry Roch, Jayer, Gentaz-Dervieux and Bonneau.

The trends witnessed in 2018 continue to influence 2019, and prices for French wine from well-established and up-and-coming producers keep rising with ever-growing global demand.