Familia Torres and Jackson Family Wines have joined together to create a working group of wineries to help further efforts to decarbonise the wine industry and mitigate the impact of climate change. 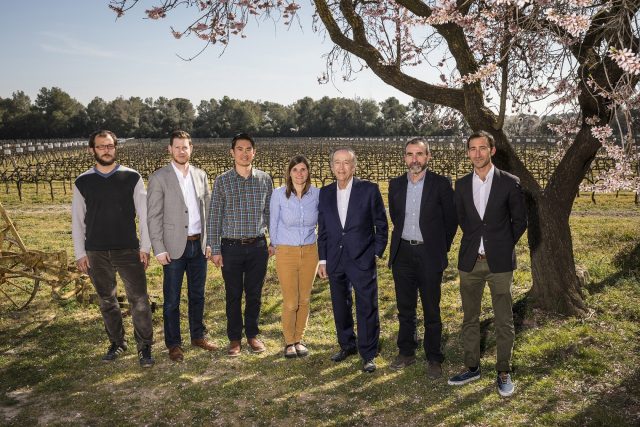 Called International Wineries for Climate Action, the organisation’s key aim is to bring together the most environmentally committed wineries in the world in order to achieve an 80% reduction of total carbon emissions across the industry by 2045, which it says will help to mitigate and reverse the impacts of climate change.

Both family-owned wineries are looking to create a space for collaboration that encourages the sharing of best practices that reduce the impact of a changing climate in the vineyard and in winery operations.

Membership will focus on wineries who recognise that climate change is the most significant threat facing the wine industry and who are guided by the “urgency for strategic action that accelerates the implementation of innovative solutions to tackle climate change”, a release states.

Spanish winery Bodegas Torres is among the most active wineries in the world when it comes to tackling climate change, having already invested more than €12 million in green initiatives since 2008.

In 2008, Torres launched its Torres & Earth project with the aim of reducing its carbon emissions per bottle by 30% by 2020, with the ultimate aim of becoming carbon neutral. As of 2017, it had invested around €12m in renewable energy and green initiatives, with Miguel Torres allocating 11% of the company’s profits each year to the development of the programme to ensure its continuation.

Speaking to the drinks business in 2017, Miguel A. Torres, president at of Bodegas Torres and fourth generation family member, said: “The wine sector has in its own hands the capacity to lead the adoption of CO2 capture and reuse technologies to considerably reduce emissions.

“This certainly involves a change of paradigm and is a long, necessary and viable road towards achieving a zero-emissions winery within 10 to 15 years.”

It has already reduced its water consumption by around 34%, saving around 31 million gallons of water a year since 2008, while simultaneously boosting production.

Investing in vineyard water conservation, it also captures rainwater for the cooling towers and reuses winery water for irrigation, measures that have enabled the company to use only 3.9 gallons of water to produce a gallon of water – around half the amount of the US industry average.

Both Jackson and Torres have reduced their carbon emissions by more than 25% per bottle since they started auditing their respective carbon footprints.

This new collaboration between the two wineries will start with establishing a framework to understand and measure progress towards the defined goal, involving three key points: to establish a baseline of current carbon emissions by conducting third-party verified annual greenhouse gas emissions inventories; to adopt the guidance established in 2015 through COP21 and the Paris Agreement to take a science-based approach to reducing emissions; and finally to use at least 20% renewable energy generated by on-site systems to offset winery energy consumption.

Katie Jackson, second-generation proprietor and senior vice president of corporate responsibility at Jackson Family Wines, said: “Our common goal is to move beyond conversations around the urgency of climate change by collaborating on scalable solutions to reduce our global industry’s carbon footprint.”

Miguel A. Torres added: “We are just at the beginning with our initiative, but we hope it will be a trigger, a boost for other wineries to join and accelerate or to start the implementation of carbon-emissions-reduction-programs.”