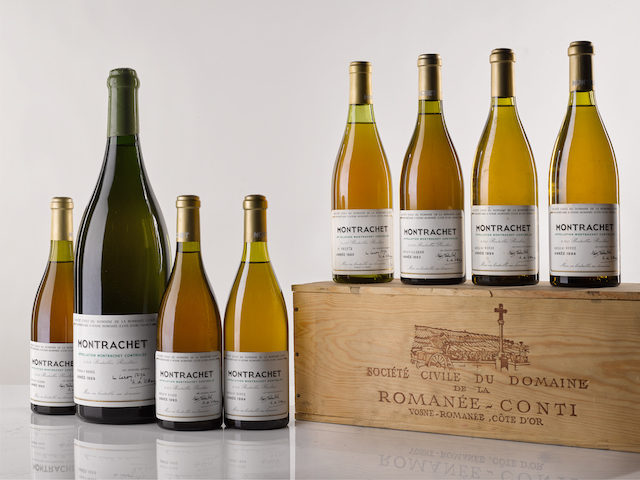 Held on 20 March in London, the sale realised £2.3 million overall, with close to £350,000 raised for charitable causes through the sale of wines from the cellars of Cartier.

That particular consignment saw 70% of the lots sell above their pre-sale high estimate with the top offering being nine bottles of 2006 La Tâche from Domaine de la Romanée-Conti, which realised £26,620.

Proceeds from this portion of the sale are being donated to The Cartier Foundation which supports vulnerable women and children in under-developed regions.

The bulk of the sale however was given over to a single-owner collection, which raised £1.27m and was dominated by various lots of DRC’s famous Montrachet.

The top lot in the collection and indeed sale overall was a Jeroboam of the 1989 which went for £31,460.

Other vintages that were highly sought after included the 2000 and 1993.

Stephen Mould, Head of Sotheby’s Wine, Europe, said: “We were thrilled to have had the opportunity to work with Cartier and discover the contents of their secret cellar. Collectors responded in kind, excited to snap up prized wines but also keen to support Cartier Philanthropy, the very reason the sale came to fruition. Highlights included the starry Romanée Conti 2000 and 2006, with a bottle of each vintage selling for £12,705. They were eclipsed by nine bottles of La Tâche 2006, which took the top spot in this fabulous collection, at £26,620.

“The Remarkable Cellar saw excellent results for Bordeaux and Burgundy. Studded with stars from the Right Bank, Petrus and Lafleur attracted a host of bidders, whilst on the Left Bank, a parcel of Mouton 2000 shone brightly. However, it was Montrachet from Domaine de la Romanée-Conti which stole the limelight, with many prices flying over their top estimates. We now look forward to our three-day ‘Transcendent’ sale in Hong Kong starting on 29 March.”