The latest figures from HM Revenue and Customs have revealed that exports of UK gin rose by 15% in 2018, compared to the previous year, rising to £612 million. 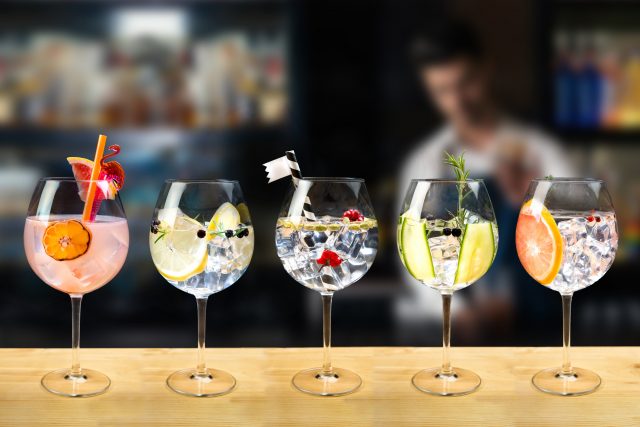 In figures released by HMRC and published by the Wine and Spirit Trade Association, UK gin achieved another set of record results in 2018.

The value of UK gin exports has more than doubled in value since 2010, when sales were worth just over £288 million. Combined sales of gin, both within the UK and overseas, have now broken the £2.5 billion mark.

The UK now sends more gin around the world than it does beef and beer, with sales of gin overseas worth 28% more than those of beer.

In terms of the spirit’s largest markets, the US remains the top importer, with sales of UK gin now worth £191 million, an increase of £13 million compared to 2017.

Another market to have witness a surge in demand is South Africa, with a total of £14.5 million worth of gin sold last year, up from £4.5 million in 2017. Switzerland is also seeing strong growth with exports to the country now worth £6.6 million, compared to £4.8 million in 2017.

WSTA chief executive, Miles Beale, said: “The global thirst for British gin shows no sign of slowing and there is no doubt that those overseas are drawn to the quality of gin made here in the UK. Gin is a quintessentially British spirit, and perfect for anyone looking to tap into Brand Britain overseas.

Commenting on the Brexit uncertainty, he added: “Europe represents a huge market for British gin, therefore it essential that the UK does not leave the EU without securing a deal which allows frictionless trade.

“It is hugely important that the government also secures free trade deals with the rest of the world and we are encouraged by mutual recognition agreements already signed with countries like Australia and Switzerland. However more must be done, and quickly, so that we maintain our position as the world’s largest spirits exporter and further boost the UK economy and provide more jobs.”