Drizly teams up with US drinks chain BevMo!

Drizly, the ‘Amazon for Liquor’, has boosted its presence on the West Coast by teaming up with drinks retailer BevMo! 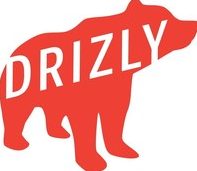 The partnership adds 45 BevMo! stores, to the Boston-based tech company’s e-commerce platform from today, spanning across California from Silicon Valley to San Diego and Los Angeles.

Drizly, which launched in 2012, already has a network of around 1,000 local stores in more than 100 cities in the US and Canada. It’s platform, dubbed the ‘Amazon of Liquor’ allows shoppers to compare the price of drinks in shops in their neighbourhood and order on-demand through the website and app. It also offers tips and cocktail recipes and trend information, while supplying its retail partners with its technology to enable them to offer id-verified delivery to customers.

Bryan Goodwin, SVP of commercial sales and operations at Drizly said BevMo!, which operates a total of 170 stores across California, Arizona and Washington, shared its innovative mindset, and the partnership would take its “already strong” west coast presence to “a new level”.

“BevMo!’s presence on Drizly includes their legendary ClubBev deals, making it easy for their loyal shoppers to enjoy a full BevMo! experience through just a few taps on their phones or laptops,” Goodwin added.

In December Drizly secured around $34.5 million in investment according to a SEC filing reported by Tech Crunch.

Last month BevMo! launched a trial of a voice-activated ‘smart-aisle’ AI assistant to ‘talk whiskey’ to its customers, following a partnership with shopping marketing specialists, The Mars Agency.