The world’s largest brewer, AB InBev, has announced the acquisition of a San Diego-based spirits company which was founded by three former Ballast Point Brewing executives. 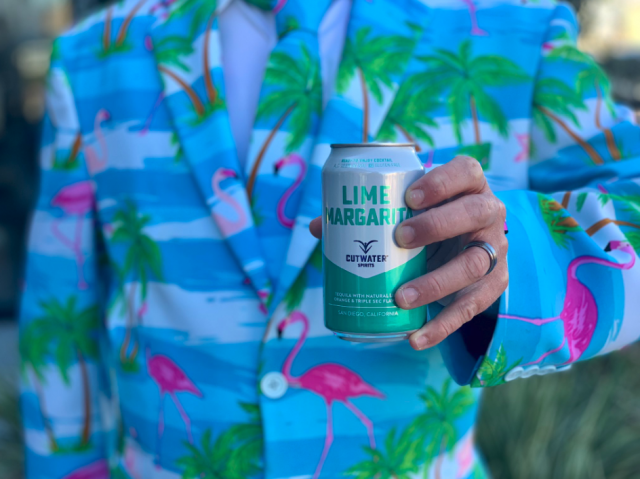 Cutwater Spirits has a range of seven premium mixers, 14 ready-to-drink (RTD) canned cocktails and 16 spirits lines which include whiskey, vodka, gin and rum.

It rebranded to its current name in 2016 and now distributes its products to 34 states, experiencing “double and triple-digit growth” since it was launched.

The company currently operates a 50,000 square foot facility in the Miramar area of San Diego, including a 250-seat tasting room and restaurant.

Commenting on the acquisition, co-founder of Cutwater Spirits Yuseff Cherney, said: “We’re thrilled to have found a partner that understands our vision for Cutwater Spirits and will give us with the tools and resources to grow and thrive. We’re excited to join A-B and work with the team there to bring our spirits and canned cocktails to the world.”

In a statement announcing the acquisition, it was stated that the company will be continue to be led by Yuseff Cherney and Earl Kight. Cutwater added that it will “leverage AB InBev’s expertise in logistics & distribution, brand-building and packaging to scale the brand even faster.” The financial terms of the deal were not disclosed.

Marina Hahn, new business co-founder at AB InBev added: “We’re excited to welcome the Cutwater Spirits team to the Anheuser-Busch family. We have tremendous respect for the brand that Cutwater Spirits has created and cultivated in just a few years and look forward to working with them to expand their premium canned cocktails to consumers across the U.S.”

Cutwater Spirits split with Ballast Point after the later was acquired by Constellation Brands in 2015 for US$1 billion.

Although primarily a beer company, this is not AB InBev’s first acquisition in the spirits sector. In April last year, ZX Ventures, the growth and innovation unit of AB InBev, acquired the UK-based Atom Group for an undisclosed sum. Based in Kent, The Atom Group is comprised of online spirits retailer Master of Malt, producer Atom Brands (which includes That Boutique-y Whisky Company and That Boutique-y Gin Company) and distributor Maverick Drinks.

Earlier this month, the brewing giant also snapped up the remaining stake in consumer review site RateBeer that it did not already own.