The Trump administration has finalised regulations clamping down on ‘unfair’ tax breaks for booze companies who import and export wine. 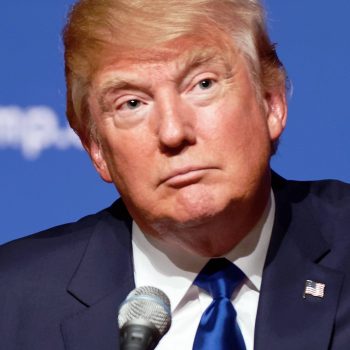 As reported by the Wall Street Journal, the new regulations are set to limit the ability of alcohol importers and exporters to reduce import taxes.

Currently, excise taxes are imposed on US-made wines, but US law allows companies to get tax refunds on wine imported from overseas, if they export similar or matching US-made products. Importers can therefore offset the tax and claim a refund when exporting US wines to an oversees market.

However, when the tax break was established in 2004 by the Customs and Border Control office in San Francisco, it also allowed wine exporters who don’t pay an excise tax to make a claim on their exports.

The US government claims companies are choosing imports over domestic products in order to receive that tax back and the amendment would correct an unfair system.  It will also raise around $600 million from the wine industry, according to US website Fortune.com as well as preventing spirits companies from recouping billions of pounds in refunds.

Last month President Trump courted controversy by igniting a spat between the US and France by criticising France for its tariffs on US wine imports, which he claims are preventing US producers from selling their wines in France.

He previously already started a trade war with China after imposing tariffs on $50 billion worth of Chinese imports into America, which resulted in China announced a counter-tariff on a raft of products imported by the US into China, including a 25% hike on American whiskey, and a 15% hike on American wine imports.