As the non-alcoholic beer category ferments in the UK, St Peter’s brewery now plans to sell its 0.0% ABV offering in draught format for the first time. 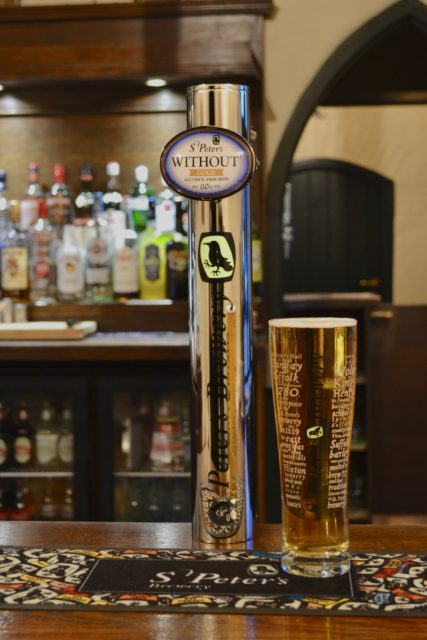 The Suffolk-based brewer has struck a deal with the Old Spot Company to serve 0.0% ale Without Gold at the group’s sites in Lemington Spa and Wokingham, with other pubs in the chain set to introduce it very soon.

The Old Spot Pub Company is a joint venture between Ei Group’s business, Ei Managed Investments, and company founders Dave Ford and Bernard O’Neill.  It runs four pubs in London and beyond, with two more opening in the coming months.

“We feel it is important to provide something for everyone. In the same way that we have gluten free options on our menu, it seemed right that we also have alcohol-free options on our bar,” William Saffery, productivity mentor at Old Spot Pub Company, said.

“We chose Without Gold for our bars because it’s a proper, locally-made ale and if people buy it at the bar it can easily pass for a normal pint. In fact almost 90% of people who blind taste it don’t know its alcohol-free.”

While just a few years ago it was considered social suicide, ordering a non-alcoholic or low-strength beer is starting to become the norm in the UK, according to a survey of British drinkers funded by Carlsberg which was published last week.

More than half of Brits who took part said they have at least tried a non-alcoholic drinks, while 52% also agreed that no-alcohol beer has become more socially acceptable in the past two years.