Constellation’s investment in marijuana pays off

Constellation Brand’s multi-billion dollar investment in Canadian cannabis company Canopy Growth appears to be paying off, with the value of its shares in the company already worth an extra $1.3 billion. 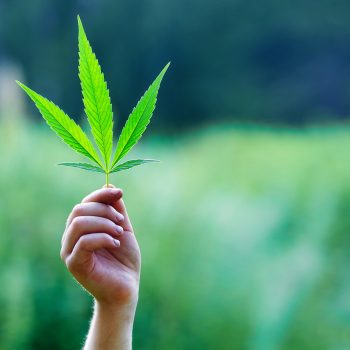 The company acquired its initial stake in October last year for £141 million (US$179m), back when, according to the Wall Street Journal, Canopy Growth had a market value of £1.3 billion (US$1.6bn).

It has since said that it plans to invest a further US$4 billion, to acquire a 38% share of the business, with the transaction expected to close at the end of October.

Its initial investment appears to already be paying off, according to the company’s second quarter results. Since November, shares in Canopy Growth have climbed more than 285%, with the producer confirming that “$1.3 billion unrealized gain has been recognized since investment in November 2017.”

“Our $4 billion investment in Canopy Growth provides us with a strong foothold in the emerging global cannabis market, which could be one of the most significant growth opportunities of the next decade,” Rob Sands, Constellation’s CEO said in a statement.

In its half year results, the company raised its expectations on earnings to $9.60 to $9.75 a share, up from $9.40 to $9.70 previously, excluding benefits from its additional $4bn investment in Canadian marijuana company Canopy Growth in August.

The company’s half year net sales increased by 10% compared to last year, to  $2.3bn, exceeding analysts expectations of $2.25bn.

Beer net sales grew 10.5%, driven by sales of its Corona and Modelo beers, while wine sales were up 9.3%.

“Focus on higher retail price points for the wine business is paying off with strong depletion growth trends of more than 6% for the >$11 price category, driven by the Meiomi, Kim Crawford, Simi and Prisoner brands,” the company stated.

“The double digit EPS growth we delivered in the second quarter is top-tier for consumer product companies,” said Sands.

“Constellation remains the high-end leader and the most significant growth contributor in the US beer market, and we’re seeing strong growth trends for the super-premium plus segment of our wine portfolio.”

Constellation are not the only drinks brand with an eye on the growing cannabis market, with the drug becoming legal in Canada this month.

Last month we reported that Coca-Cola was reportedly in talks with Canadian cannabis producer Aurora to develop drinks infused with CBD.

UK-based Diageo is also in talks with three different Canadian cannabis producers with the view to developing its own line of CBD-infused drinks.

To read more on the latest developments within cannabis and the drinks industry, click here.