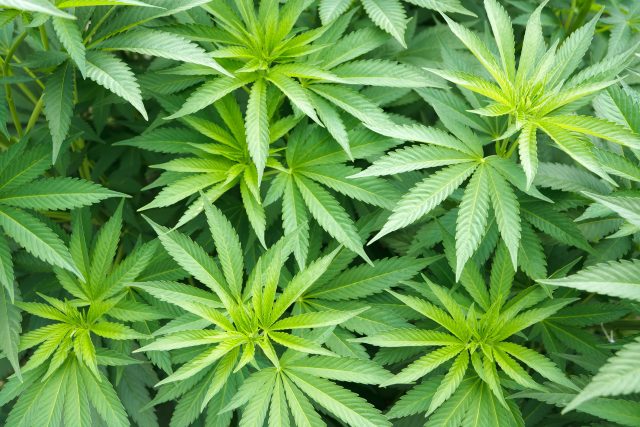 As reported by the Wall Street Journal, Canopy Growth is the world’s largest publicly traded cannabis company with a market value of £1.3 billion.

Constellation, which owns Kim Crawford and Charles Smith Wines and distributes Corona beer in the US, is keen to be early to the cannabis drinks party.

Chief executive Rob Sands believes cannabis will eventually be made legal for recreational use in all American states. “We’re obviously trying to get first-mover advantage,” he said in an interview.

Rather than developing cannabis wine or marijuana beer, according to the WSJ Sands plans to make alcohol free cannabis drinks like sodas, coffees and fruit –based drinks.

The company, which posted a 13% increase in beer sales in its latest quarter, won’t release any cannabis-based drinks in the US until it is legalised nationwide.

According to Euromonitor, next year the legal marijuana market will be US$7.5 billion in Canada and $10.2 billion in the US.

Spiros Malandrakis of Euromonitor believes that the marijuana industry could fuel alcohol’s next growth cycle.

“The cannabis revolution is in full swing while the alcohol industry appears to be largely sitting on the fence, occasionally throwing crumpled cans in the direction of the ongoing legalisation debate.

“Visibly intimidated, insular and inherently conservative, large parts of the alcohol industry acknowledge and highlight the dangers to their penetration rates and profitability, but largely fail to see the huge potential behind the plumes of hazy smoke,” he said.

“Fighting the surging green tide will become an expensive exercise in futility. Ignoring it will guarantee the belated, panicky, knee-jerk reactions that greeted the craft juggernaut once it had already established offensive positions at the macro brewers’ gates.

“Cannabis can indeed cross-pollinate and, ultimately, become the fertiliser for radical innovation and experimentation,” he added.

Both wine and beer makers in the US have expressed concern that cannabis may begin to encroach on their turf as people swap their after work glass of wine or can of beer for a joint.

“Could it be a threat? Yes, I guess it could be. We’re not going to stand around twiddling our thumbs,” Sands said.

Recreational use of cannabis is legal in eight American states, while it is allowed for medical purposes in 20 states.

Ontario-based Canopy Growth plans to use the capital from the Constellation collaboration to expand its production and storage facilities throughout Canada.

As part of the deal Constellation has the option to increase its stale of Canopy Growth to just under 20%.

Recreational use of cannabis will be made legal in California on 1 January 2018. Northern California’s Emerald Triangle of Humboldt, Mendocino and Trinity counties produces some of the world’s most sought-after marijuana.

A number of wineries in Napa and Sonoma fear that vineyards will be grubbed up and replaced with cannabis as growers can make more money from weed cultivation.

An acre of vineyards in Sonoma is currently worth around $365,000 in Napa, while, according to industry estimates, an acre of cannabis in Napa could be worth up to $1.1 million.

This April Bay Area marijuana firm Flow Kana bought 80 acres of land in Redwood Valley that once belonged to Fetzer Vineyards for $3.5 million.

The company plans to convert the land into a regional marijuana processing, packaging and shipping facility that will ready products from local cannabis farmers for distribution to California retailers.