As cannabis becomes legal in Canada next month, the rush to produce cannabis-laced drinks is on and a sparkling wine infused with the drug is in development.

Terra Tech says the fizz boasts “a flavour profile similar to Champagne and will be marketed in luxurious packaging suitable for bottle service at a nightclub.”

According to Forbes, in addition to the cannabis-laced sparkling wine, the two companies are developing a whole host of cannabis-infused drinks under the ‘IVXX’ brand, including a non-alcoholic cider and cherry-lime sparkling water.

Keen to make the most of the growing trend for cannabis drinks, Terra Tech’s CEO, Derek Peterson, plans to build a large-scale production and bottling facility in Santa Ana, California. 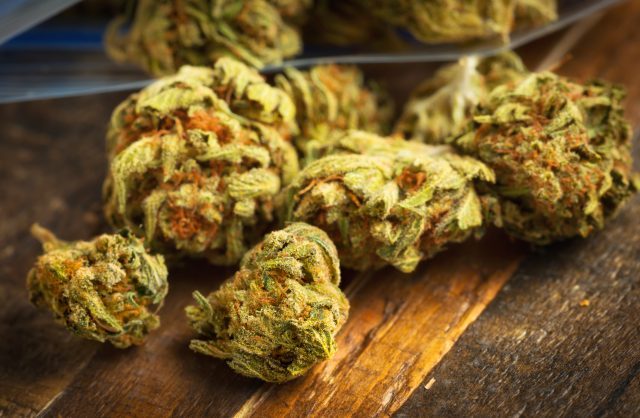 Peterson believes “many adults” will start making the switch from alcohol to cannabis-laced drinks when they realise that “cannabis allows them to socialise or unwind without many of the negative attributes associated with alcohol.”

The company has yet to reveal whether in addition to CBD – the non-psychoactive ingredient in marijuana that is used for medical purposes to ease everything from inflammation to epilepsy – the drinks will also contain THC; the psychoactive component in cannabis.

According to Forbes, the emulsion technology used to make cannabis drinks is called ‘Sorse’, which has been developed by the Seattle-based Tarukino Inc, and is awaiting a patent.

The technology removes the flavours found in cannabis so that when the resulting clear liquid is infused into a drink, no cannabis influence can be tasted. Forbes reports that Terra Tech’s is also developing a flavourless, odourless single shot of cannabis liquid that can be added to drinks and cocktails at home.

Earlier this month we reported that Coca-Cola was reportedly in talks with Canadian cannabis producer Aurora to develop drinks infused with CBD.

UK-based Diageo is also keen for a slice of the action and is currently in talks with three different Canadian cannabis producers with the view to developing its own line of CBD-infused drinks.