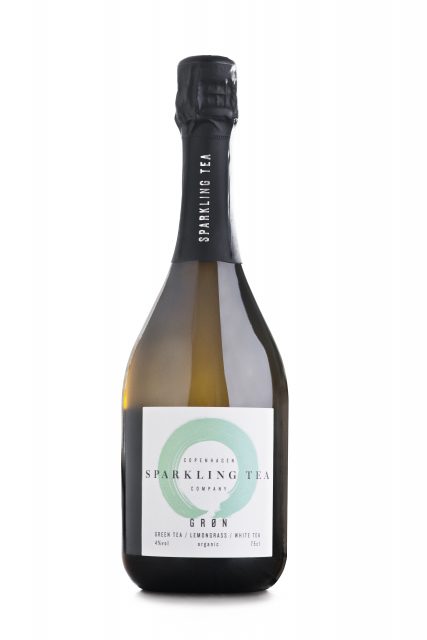 Luxury retailer Fortnum & Mason has unveiled a new range of alcoholic and non-alcoholic sparkling beverages infused with tea. Created by the Copenhagen Sparkling Tea Company, a boutique firm based in Denmark, the drink is made using a white wine base – and grape juice for the non-alcoholic bottles – then infusing up to 13 types of teas in several flushes to create a “unique tipple with a depth akin to a sparkling wine”. The range features three bottles: the alcohol-free Blå (jasmine, white and Darjeeling tea); the 5%-ABV Rød (hibiscus, white and black tea); and Grøn (lemongrass, green and white tea).

Once a closely guarded secret among Mexico’s most respected families and Los Bajos’ finest jimadors, a previously nameless private-label Tequila has been released for the first time under the name Código 1530. The hand-crafted expression is bottled as unrested blanco, or aged in Napa Cabernet barrels to produce six-month reposado, 18-month añejo, and six-year extra añejo ‘Origen’. Unique to the line-up is Tequila Código 1530 Rosa, a blanco Tequila aged for four weeks in uncharred Napa Cabernet barrels. Contact with the barrel, the company says, imparts not only subtle floral notes reminiscent of Cabernet, but a light pink hue to the liquid. 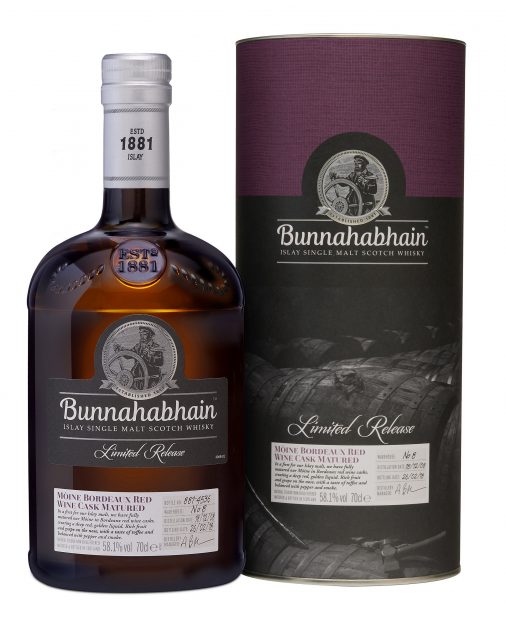 Islay’s most remote distillery, Bunnahabhain, has unveiled a limited edition expression – a peated 2008 Mòine aged in ex-Bordeaux casks. Although it is the original non-peated Islay malt, Bunnahabhain is also known for its Mòine expressions, which means ‘peated’ in Scots Gaelic. This is the first time it has chosen to fully mature one of its Mòine expressions in former red wine casks from Bordeaux. Distilled and filled into cask in December 2008, this ‘experiment’ resulted in a “rich grape and peppery smoke notes, which combine to deliver a long and warming fruity finish”. 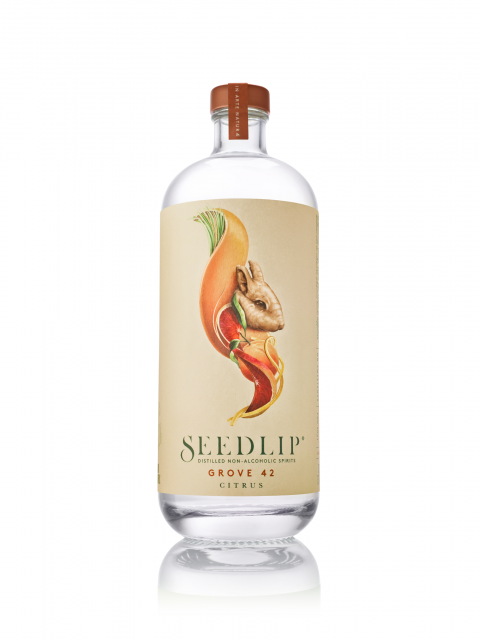 Seedlip has added a third product to its range of de-alcoholised spirits, this time infused with orange-based botanicals, as consumers shift towards drinking ‘less but better’. Grove 42 is a “celebration of the orange”, says the brand, and is made using a blend of copper-pot distillates including bitter orange, mandarin, blood orange, lemongrass, ginger and lemon. Ben Branson, Seedlip’s founder, says: “Seedlip Grove 42 marks an important focus on both the fascinating world of the citrus genus, as well as soda as a signature mixer, allowing Grove to truly shine in a completely sugar- and alcohol-free cocktail.”

Continuing the trend for alcohol-based infusions, Jubel is a new premium craft beer infused with either natural peach or elderflower essence. Jubel was founded by Jesse Wilson and Tom Jordan in 2017, and inspired by the tradition for Demi Pêche cocktails in the Alps – a beer-based cocktail sweetened with peach syrup. “After stumbling on Demi Pêche on a ski trip we couldn’t find anything like it back home,” says Wilson. He says Jubel has the “refreshment of a fruit cider but the sessionability of a lager”. It’s also gluten-free, vegan and only 125 calories.

In time for this year’s TFWA Cannes, French wine producer Barton & Guestier has launched its first exclusive travel retail collection, comprising four AOC wines: Bordeaux rouge; Bordeaux blanc; Saint-Emilion; and Châteauneuf-du-Pape. Made by head winemaker Laurent Prada, each features a red wax seal and minimalist labels, in a bid to combine tradition and modernity. “Offering exclusivity to travellers is a must today”, says Philippe Marion, sales and marketing director at Barton & Guestier. “Consumers have always been at the centre of our strategy. We are now working on an ambitious consumer experience that will be implemented in Germany in December.” 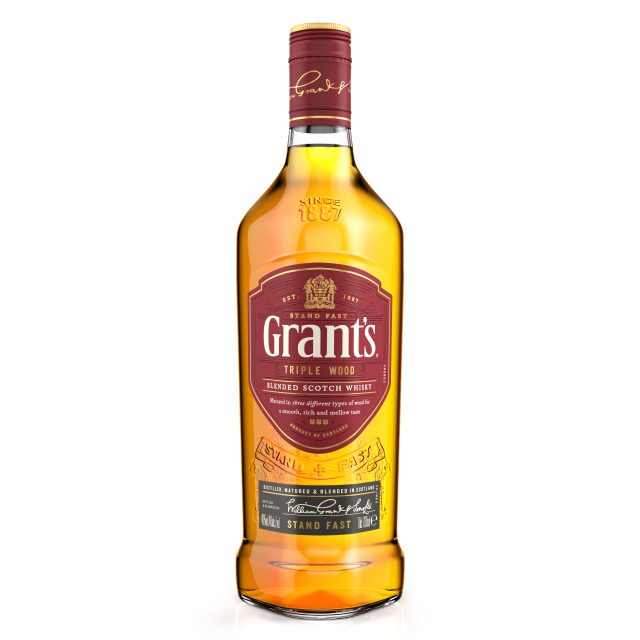 Grant’s Scotch whisky has announced a global brand refresh, which includes new packaging and the renaming of its signature blend to Triple Wood. Using the same formula for the past 130 years, Grant’s Triple Wood is rested in three types of cask: virgin oak, which provides spicy robustness; American oak, lending subtle vanilla smoothness; and refill Bourbon, which brings brown-sugar sweetness. “Our Triple Wood is distinctive to taste, with a balance of qualities drawn from the character of the wood,” says master blender Brian Kinsman. “I love the complexity of spice, smooth vanilla and the sweet edge gathered from that combination of three casks.” 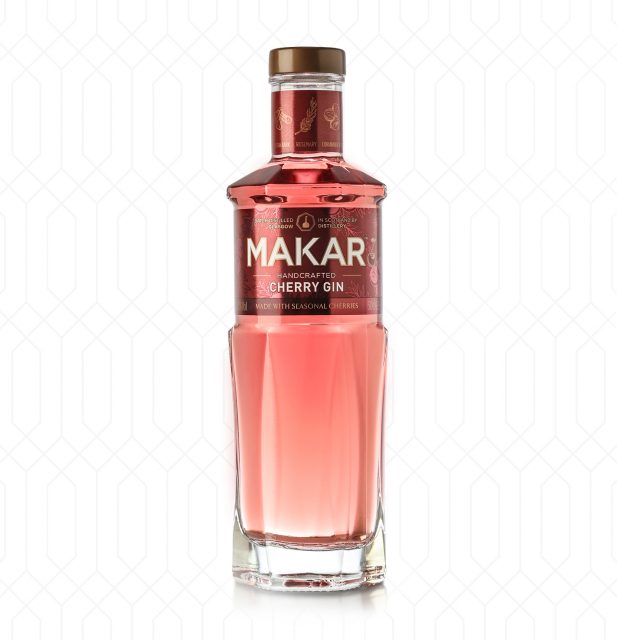 The Glasgow Distillery Company has added Makar Cherry Gin to its growing portfolio, made by infusing fresh cherries and pink peppercorn in Makar’s Original Dry Gin. “Makar Cherry Gin balances the traditional bold juniper-forward notes that Makar is well known for, with delicious richness from the ripe cherries, accompanied by a hint of subtle spice from the pink peppercorns on the finish,” said Mike Hayward, the company’s co-founder. This expression joins the firm’s growing portfolio; it recently sold out of its first batch of whisky – 1770 Glasgow Single Malt Scotch Whisky.

A novel wine range that takes storytelling to the next level through digital innovation has been launched by South Africa’s Overhex Wines International. A sister range to its Balance and Survivor wines, the Mensa range of wines is supported by an augmented reality app available for Android and iOS. When scanned using the Mensa Wine app on your smartphone, the Mensa label comes to life as a book to reveal a full story. Described as the “ultimate book club wine”, the Mensa range includes a Sauvignon Blanc, Chardonnay/Pinot Noir, and Cabernet Sauvignon.

William Grant & Sons has unveiled new design and modified the liquid for its peated single malt whisky Ailsa Bay. Launched in 2016 by using older stock the team has been able to further develop the flavour profile of the whisky, resulting in a liquid that is more “mellow and complex”, with a balance of smoke and sweet. These changes mark the first step in a global refresh for the brand, which aims to discover new flavours in whisky. The new Ailsa Bay bottle and liquid will launch from September in Australia, Dufry Stores in travel retail, Finland and select UK stockists.