English fizz supply is set to double – but will the demand follow?

The production of English sparkling wine is set to double within the next decade – but who’s going to buy it? 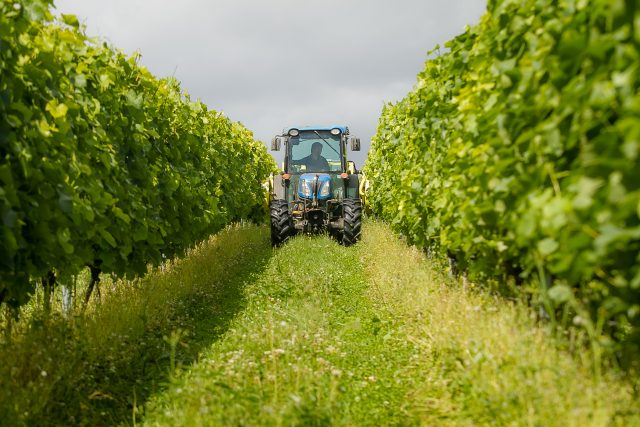 That’s the question facing producers of this newly-fashionable product from an industry currently enjoying its best vintage on record – that is, so far.

Although last year’s production levels of English sparkling amounted to around 4m bottles (from a total English wine output of 5.9m), supply is projected to reach 6m this year, and 8-10m bottles within the next 10 years, based on a large increase in plantations over the last 3-5 years, with more to come.

Needless to say, this will make English fizz a sizeable category for a product that’s hardly cheap.

Indeed, to put this in perspective, a 10m-bottle supply would represent more than one third the market for Champagne in the UK, which was 27.7m in 2017.

Although the sparkling wine market is growing in GB, it is being driven by cheaper tank-method fizz, primarily Prosecco, while Champagne sales are in decline (down 20% in the off-trade in 2017), not least because this latter, traditional-method sparkler broke the £20 retail average price in the UK last year – a result of many factors, including exchange rates (Euro to Sterling) and rising grape prices in the French region.

The many new players in the English sparkling wine market are pitching themselves at Champagne grandes marques prices, or a touch lower, in a market where consumption of alcohol in general is not increasing, even if the trend is to drink less but better and pricier products.

Nevertheless, the producers of English sparkling wine are optimistic, citing the increased quality of the product, particularly the potential brilliance of the 2018 harvest; the strength of the brands in the market – unlike Champagne there is no ‘generic’ or ‘private-label’ business to speak of – the growing interest in English fizz from UK consumers, and, finally the possibility of a healthy export business.

Speaking to the drinks business about the supply and demand of English fizz, Frazer Thompson, CEO at Chapel Down gave his reasons for a positive outlook.

This year alone, he told db that Chapel Down had planted a further 40 hectares, and sources from 215ha, noting that due to an injection of funds into the Kent-based business last year, he was keen to “accelerate”.

In terms of sales, he recorded, “We are selling roughly 800,000 bottles annually of which around half is sparkling.

“And we grew significantly last year – by as much as two Gusbournes,” he added, referencing a smaller but high-profile English fizz brand.

While he said that 97% of Chapel Down is sold domestically, he stated, “We see growth opportunities elsewhere”, commenting, “We started to develop the US rapidly in the past year because it is a very Anglophile market and it is receptive to new stuff, and for them [the Americans] to a get wine as good as a vintage Champagne for same price as a non-vintage grand marque is a compelling proposition.”

Nevertheless, he stressed that the UK was the key to success.

“The UK is the most important market for Champagne in the world apart from France, so getting it right in the UK is vital,” he stated.

He also drew attention to the high cost implications of building an export business.

“To sell overseas you’ve got to invest; anyone can fill a container and sell it to Kazakhstan, but that’s not sustainable. To do it properly you have to invest with a partner and that costs money – it is not a cheap option,” he said.

For Mark Driver, co-owner of Sussex wine estate Rathfinny, the potential market for increased English fizz supply is strong in the UK, but global in nature.

Having told db that he’s “about to plant 80 hectares” and plans to take his vineyard area close to 140ha in the near future, he said that the opportunity for sales was significant domestically.

“After Germany, we are the largest sparkling wine market in the world, we love it in the UK, and we [the entire English sparkling wine industry] only bottled around 4m bottles last year,” he recorded.

Continuing he said, “If we can make it as good as, if not better than the best, then people will buy it.”

He also told db that there was “a lot of demand overseas”, adding that “people are knocking on our door all the time: we will be in Hong Kong by September this year and in the US next year.”

Speaking about the industry, he added, “Looking ahead, I do feel that a good proportion of that 8-10m bottles will be going overseas – and we will be exporting up to 50% overseas; 20% of our production next year is going overseas, and lots of others too are selling successfully overseas, from Ridgeview, Gusbourne, Hattingley and Chapel Down, as well as smaller producers like Digby.

“Exports should not be underestimated,” he added.

As for the UK, he, and others, are acutely aware of the power of Champagne, with several English wine estate owners admitting that the big brands of France have the scale and funds to promote their products, be that through pouring contracts in hotel groups, or sponsorship of major English events, from Ascot to Henley.

“We don’t have the budgets or economies of scale of Champagne, but we do have a lot of support and interest, and people are loving the wines,” recorded Driver.

Turning back to the topic of supply, leading English viticultural consultant Stephen Skelton MW said that this year’s vintage is projected to yield 8.5 to 9m bottles (with around 2/3s for sparkling wine), which he said is almost double the long term average.

Continuing, he told db, “The fact is that about half the acreage of Champagne varieties Chardonnay, Pinot Noir and Meunier currently in the ground, including this year’s plantings, are not yet producing wines for sale because they are either too young to produce a crop or the wines are still in storage.”

“So, the current volume available for sale, which is around 2m bottles [of English sparkling wine], will quadruple within the next 10 years, depending on lots of factors, such as the ageing policy of producers and sales rates,” he continued.

That will mean the English wine industry will have to sell as much fizz in the UK in the future as branded/grande marque Champagne today, according to Skelton, based on the fact that about 1/3 of the 27m bottles of Champagne sold currently sold in the UK is over £20 (with the other 2/3s being sub £20 private-label or discount-driven ‘generic’ Champagne).

When asked about the possibility to export some of the increased supply of English fizz, Skelton said, “The jury is out as to whether it is a valuable source of sales volume – exporting is very expensive, and more difficult than people think.”

Echoing such a view is Camel Valley founder Bob Lindo. “We went to the US and we visited 23 different States and we loved it, but by the time we had set up with an importer and distributor, we’d have to put the price up 10% at this end, and 50% at their end, and the US is a very competitive environment, so in the end, we thought, actually, we’d rather go surfing in Cornwall.”

In any case, Skelton feels that there’s plenty of scope for domestic sales growth for English fizz.

“There are a lot of things that Champagne is currently used for that we could replace with English sparkling – for example, launch events, weddings and parties, and I see now that Wetherspoon is no longer selling Champagne, and neither is Fullers,” he says.

Having observed the strength of English wine producers, such as Rathfinny, Nyetimber, Hattingley, Hambledon and Gusbourne – which he described as “high spending and high profile” – he said that they were doing an excellent job “spreading their own brand and the brand English sparkling wine.”

“There is now a solid core of really good English sparkling wine brands that any restaurant or bar can get hold of,” he said.

“All the big London on-trade merchants have got English sparkling wines – and we’ve got Champagne producers too – having Taittinger [with Domaine Evremond] Pommery can only help spread the word,” he added.

He also said that the variability of the climate in the UK, and therefore yields, was encouraging English wine producers to gradually increase supply, rather than flood the market.

“A lack of supply at the moment is holding back sales, and producers, having seen 2012 when a lot didn’t have much crop, means that they are bit reluctant to sell off large volumes just to get cash-flow.

“Most are well financed… they want people to pay the right price and get known as a quality brand for the long term – they don’t want to be on the shelf at £12.99,” he added.

Meanwhile, Chapel Down’s Thompson sees the future growth for English sparkling wine in the UK at the expense of cheap generic Champagne.

“What’s interesting is to see that English sparkling wine is starting to take share from Champagne – not the brands, just Champagne; for example, Fullers got rid of their house Champagne and replaced it with Chapel Down and a couple of sparkling wines, and the volume and value has gone up [for the pub group], because the consumer is more satisfied because they are buying a brand they have heard of, otherwise they are just relying on the word Champagne, and the consumer is realising that it is no longer a badge of quality,” he said.

So, Thompson believes that 75% of the volume growth for English fizz in the UK will come at the expense in generic Champagne priced at £25 or below, while the other 25% will come at in place of cheaper sparkling wines, including Prosecco, as people trade up.

Although Thompson doesn’t see English fizz stealing share from higher-priced and well-established Champagne grandes marques, he does see his domestic product benefitting from the fact that Champagne prices are rising.

“Whatever happens, Champagne prices are going to go north, and that is a real opportunity [for English sparkling wine],” he states.

But, he adds, if English wine producers are to benefit from this development, then they must invest in brands.

“People either like brands, or buy bargains, and if we are to play in the Champagne market then we have to build brands – that is the only thing that enables you to compete, both at home and abroad,” he stated.

JD WETHERSPOON TO REMOVE CHAMPAGNE FROM ITS BARS AHEAD OF BREXIT, BUT NOT PROSECCO

FULLER’S ON MISSION TO CHANGE REPUTATION OF PUB WINE