Fuller’s on mission to change reputation of pub wine

Pub chain operator Fuller’s is vowing to change the reputation of wine served in pubs by increasing its range of organic, biodynamic, natural and English wines, introducing Enomatic machines in selected venues and implementing measures to ensure wine is always served in perfect condition. 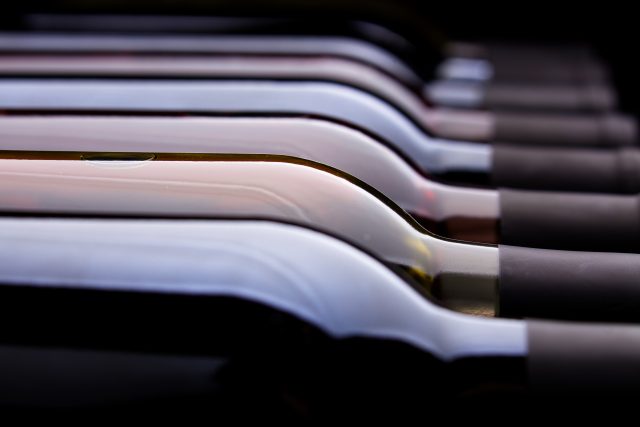 Speaking to the drinks business at the Fuller’s wine 2018 portfolio launch and trade tasting in London on Tuesday, head of wine Neil Bruce outlined his plans for the year ahead.

“For wine at Fuller’s, it’s about a journey towards excellence,” he told db. “The consumer-facing approach is at the heart of everything we do”.

Unlike most pub chains, Fuller’s works directly with wine producers. It acts both as an “in-house, specialist resource” supplying wine to its pubs, and also as a primary importer and wine merchant, supplying wine sourced from across the world to the independent on-trade.

According to Bruce, Fuller’s has around 500 independent on-trade customers, including the Soho House Group.

But how else is the pub chain attempting to set itself apart from the rest?

With 50 new wines in this year’s portfolio, Fuller’s is particularly concentrating on what it’s labelling as “ethical wine” – defined as organic, biodynamic and natural wines.

This has arisen from the millennial wine drinking culture, according to Bruce.

“We want to be forward looking, millennial-esque if you will, with a focus on sustainability,” he said.

“We’ve gone through our wine list and listed everything that is vegan. I didn’t think we stocked that many vegan wines, but after some investigation, it turns out more than half our range is actually vegan”.

Among the ethical wines in the portfolio are eight organic wines including a Pinot Noir from Germany (Schnaitmann Spatburgunder) and a Sauvignon Blanc from New Zealand (Huia), four biodynamic wines such as a Montepulciano from Farnese Vini, and two natural wines – Domaine A. F Gros Bourgogne Hautes-Cotes de Nuits and Gundog Estate wild Semillon from Australia.

The acknowledgement of current concerns doesn’t end there.

“The millennial focus at the moment is on low calories and low alcohol,” said Bruce. “We thought about the low alcohol option, but felt that our beer covered this better than wine”.

Plumping for low calories, Fuller’s worked with one of its Prosecco producers, A3, to create a ‘skinny Prosecco’ with less than half the normal amount of sugar found in the Italian sparkler.

“It is drier and has the added benefit of actually pairing better with food than normal Prosecco,” added Bruce.

Speaking to db about how the category has performed, Bruce said that like-for-like sales across the 200 managed pubs in the Fuller’s estate were up by 50%. Across the entire business, English wine sales have increased sevenfold.

Bruce admitted that English still wines have been a harder sell.

“With Champagne, people know that it’s expensive, so it’s less difficult to persuade them to try an English alternative,” he said. This has not stopped the company from adding another English rosé to its list (Westwell), which will sit alongside Chapel Down rosé when the new vintage of the latter is released in April.

Another of Bruce’s priorities has been the promotion of food-friendly wines. Identifying the company’s “top foodie sites” through data analysis, Fuller’s will be introducing an additional ‘Cellar Select List’.

“The Cellar Select List will act as a sub-list and will include bottles that are only available in small quantities – once they’re gone, they’re gone,” said Bruce.

The wines, which will not necessarily be more expensive than those on the main list, will be promoted in venues that sell higher volumes of food and wine.

To assist with by-the-glass sales, Fuller’s also plans to install Enomatic machines in a number of its venues, with The Gun in Canary Wharf targeted as the next recipient of a dispenser.

The pub chain operator already has Enomatics in two of its pubs – The Sutton Arms near the Barbican in London and the Vintry, just off London’s Canon Street.

The machines will be installed behind the bar, allowing staff to explain the different options to the customer.

The reputation of pub wine has often been blighted by the idea that the bottles are not fresh and the wine has been stored incorrectly. For Bruce, this was something he wanted to eradicate.

The ‘Perfect Serve’, a simple four-step guide for proper wine service and storage, was last year written into the formal code of practice at Fuller’s.

Under the tag-line “treat (open) wine as we treat cask ale”, the process stipulates that all wine must be date coded and used within 48 hours of opening, with the promotion of proactive selling to ensure the open bottles are sold the next day.

This year, Perfect Serve has been incorporated into the Master Cellarman programme – a competition that has traditionally rewarded Fuller’s pub landlords for their ability to keep, store and serve beer.

“Entrants will now lose points in the competition if they are not looking after their wine correctly. It can count for or against them in the ranking,” said Bruce.

To be labelled a ‘Master Cellarman pub’, landlords and managers must score 90% or more in four consecutive assessments carried out throughout the year.