Hospitality and catering salary offers on the rise as Brexit looms

Salary offers in the hospitality and catering sectors have both risen by up to 15% this year, as applications in the bar, restaurant, and hotel industries take a hit ahead amidst “ongoing uncertainty” in the UK jobs market. 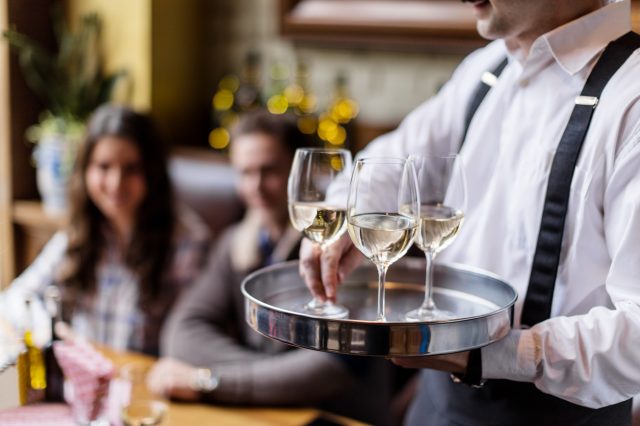 Salaries for job openings in the hospitality industry have risen by 9.3%, while catering has seen the highest salary rise of any other industry in the UK at 15%, according to new figures from CV Library.

The report found that salaries had increased across both sectors, compared with May last year.

As well as this, openings as a whole are rising. There were

Lee Biggins, founder and managing director of CV-Library, said that hospitality firms “are ramping up their recruitment efforts as we approach the summer months.”

However, while salaries are rising, applications themselves have been in steady decline since 2017, despite a 2.4% rise between April and May.

“The job market in the hospitality sector was thriving last month, with candidate appetite also on the rise.

“In fact, application rates increased by 2.4% when comparing data from May, with that of April 2018.”

But since May 2017, the hospitality industry has received nearly a third fewer applications compared with the same period this year.

The news comes as industry leaders have warned that Brexit will threaten many companies in the hospitality sector. Earlier this year, CV library published data which showed that hospitality workers have the fastest-growing pay packets of any other sector, with wages rising by 10.4% by the end of 2017.

Speaking at the time of the report, Biggins told the drinks business: “It has been predicted that EU workers make up around 13.5% of the hotel and catering workforce,” he said, “and with our recent data revealing that there has been a decline in applications from EU workers post-Brexit, this could spark real issues for employers in the sector.

“What’s more, over half of UK professionals aged 24 and under have said that they are not willing to take on work that EU migrants traditionally do in the UK. With this in mind, it is not surprising to see that applications in the sector have seen a decline in 2017.