Sales of The Macallan whisky by value climbed 4,000% at Sotheby’s from 2016 to 2017 the auctioneer has revealed in its latest Market Report, while Burgundy continued its dominance on the wine side of the gavel and Bordeaux sales slipped below 50% for the first time since 1970. 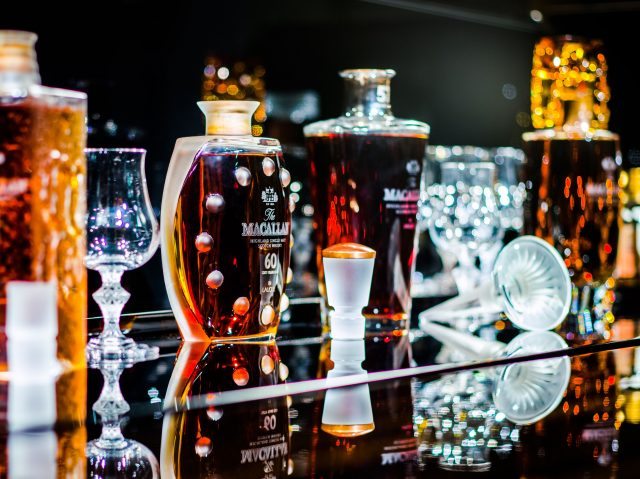 Released today (4 May), the annual report breaks down each of Sotheby’s fine wine and spirit sales at auction and retail from the previous year, showing which labels were the most valuable overall as well as which markets proved the most active buyers.

Unsurprisingly, Burgundian super star Domaine de la Romanée-Conti remained the most valuable label by value, its US$11.6 million worth of sales being greater than Lafite ($3.8m), Petrus ($3.8m) and Mouton Rothschild ($3.1m) combined.

The top five most valuable brands sold by the auctioneer remained unchanged in order from 2016 to 2017 although Haut-Brion increased its sales to $2.8m overall and rose from seventh to sixth place.

The Pessac-Léognan first growth, Cheval Blanc and Ausone (the latter two not in the top 10) were the only Bordeaux wines that posted a rise in sales last year.

The biggest jump however and an absolute sign of the surging popularity and value of Scotch whisky was the rise of The Macallan from being the 100th most valuable brand by value at Sotheby’s in 2016 to the seventh last year, with a rise in sales equivalent to 4,000% to $2.8m

And in addition to Scotch, the strength of Japanese whisky was also evident as the third most valuable lot sold by Sotheby’s last year (in Hong Kong again) was an extremely rare complete 58-bottle collection of the Ichiro Hanyu ‘Card Player Series’ which realised $454,791.

There were also big jumps for two other Burgundian labels as fervent interest in Burgundy continues to trickle down to other labels beyond DRC.

Armand Rousseau’s stock at auction has risen considerably and sales of the domaine’s wines in 2017 hit $2.4m, bumping it up from 16th to eighth place while Roumier saw sales reach a peak of $2.1m pushing it up from 28th to ninth place, with both now ahead of Margaux in sales value.

In terms of the share of sales by volume, Sotheby’s reported that Burgundy and spirits (principally Scotch) saw a big increase with the former rising from 34% of the total to 39% with an increase in demand for white Burgundy in particular in Hong Kong and London and the latter from 1% to 6% driven by demand in both auction and at retail.

For the first time since Sotheby’s began selling in 1970, Bordeaux represented less than 50% of worldwide sales, dipping from 52% in 2016 to 40%, which Sotheby’s said would have been “unthinkable just three years ago”.

Interestingly, the decline was partly attributed not just to a generally broader appetite in the market but also a “significant” decline in Bordeaux sales in that former bastion of claret, Hong Kong, and London too though “to a lesser extent”.

Overall last year, Sotheby’s wine sales totalled $64m, with 14,789 lots sold in 21 auctions (including six single owner sales), at an average of $4,298 per lot and with 64% of lots exceeding their high estimates.

Hong Kong remained the leading market for sales by value, the 3,902 lots sold there averaging $6,259 apiece and totalling $24.5m.

And third was London which also sold more lots by volume than Hong Kong (5,373) for an average of $3,016 per lot and a total of $16.4m in sales although London had a marginally better sell-through rate than the other two of 99%.