Legendary singer songwriter Bob Dylan has launched his own brand of Tennessee whiskey called Heaven’s Door, named after his 1973 hit that was later famously covered by Guns n’ Roses in 1987.

The 76-year-old singer and Nobel laureate has teamed up with liquor entrepreneur Marc Bushala, who was also the co-founder of Kentucky Straight Bourbon “Angel’s Envy”, to release his own line of whiskies, set to be released in May.

The new company has been named Heaven’s Door Spirits, a reference to Dylan’s 1973 song Knocking on Heaven’s Door, and will produce a Bourbon, double barrel whiskey and a straight rye whiskey at a distillery house inside a deconsecrated church in Tennessee.

According to the Heaven’s Door website, the whiskies will be “finished in oak barrels from Vosges, France, air-dried for 3 years”, and each bottle will feature Dylan’s distinctive welded iron gates created in his metalworking studio – Black Buffalo Ironworks.

“You don’t always find inspiration,” the singer said in a release announcing the venture. “Sometimes it finds you. We wanted to create a collection of American whiskeys that would each tell a story.”

The partnership came about after Bushala noticed that Dylan has filed a trademark application of “bootleg whiskey”, and contacted the singer to make his pitch, and the rest soon followed. 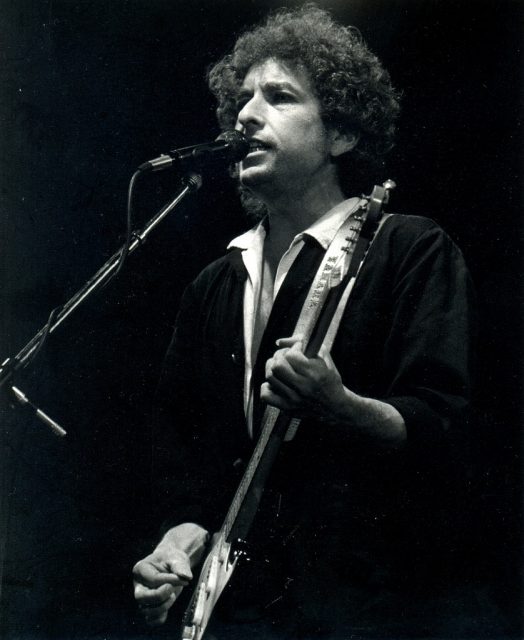 Speaking to The Guardian, Bushala defended the singer against claims that the move amounted to “selling out”, with some branding the project a “vanity project”.

“[Dylan] didn’t sell out. This is his brand, and it’s his idea”, said Bushala. “We just helped him do what he wanted to do. Bob does not want to be face man of the brand and he does not want the packaging to scream ‘Dylan.’”

Dylan’s signature will appear on the reverse of the label, meaning it will only become visible once it’s been opened.

Dylan collected his Nobel Prize for Literature in April last year, having famously failed to pick up the prestigious medal and diploma at a ceremony in Sweden in December 2016.

The spirits will first be available in Tennessee, Florida, California, Illinois, New York and Texas from May, with a wider rollout set to follow.