While admitting that the millennial penchant for pink has helped the brand, co-founder of Pinkster Will Holt believes keeping things simple, sticking to your guns and developing a loyal following is what has helped his company to succeed. 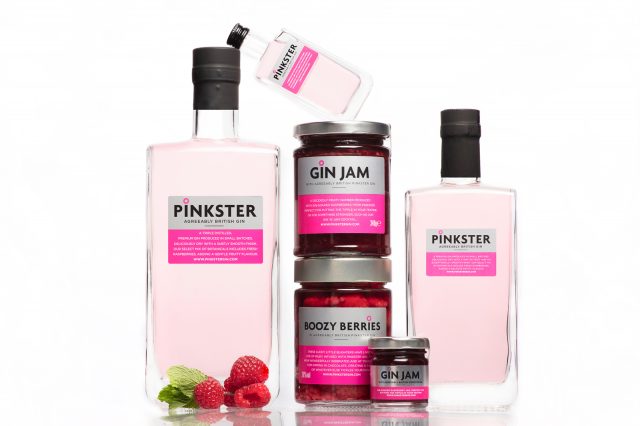 Speaking to the drinks business this week, co-founder of Pinkster Gin Will Holt is adamant that not over-complicating things has been integral to the brand’s success.

Launched in 2013, Pinkster is celebrating its fifth year in business. Along with Edgerton Gin, it was one of the pioneers of the pink gin category that has recently come to prominence with big players Gordon’s and Beefeater entering the field.

To survive in what is already a saturated and sometimes overwhelming market, Holt thinks simplicity is key.

“We’re not a hipster brand and we’re not trying to be,” he said.

While the gin market has been flooded with weird and whacky variants in recent years, Holt has always believed in keeping a tight focus.

“We’ve really stuck to our guns,” he said. “We were never going to launch multiple variations of our gin.”

“Also, some consumers don’t want to know every minute detail, just the main things like what it is, why it’s pink and what it tastes like”.

As such, Pinkster will soon be unveiling its upgraded packaging featuring the shortened tagline ‘made with real raspberries’.

“People thought we were nuts to use wet fruit,” Holt said. “For one thing, we’re bound by the season, and there’s also the complication of using fresh fruit in spirits.

“We work with local fruit farmers Sunclose in Milton in Cambridgeshire. We’ve been with them from the start. We’re never going to compromise on that”.

Pink gin as a sub-category

With the likes of Diageo and Beefeater entering the pink gin market, how are existing brands measuring up?

“I believe it’s a positive thing for pink gin,” said Holt. “I think this recent investment has established pink gin as a proper sub-category when it wasn’t before. It now has financial muscle behind it. Now there’s desire from the on-trade to have a pink gin in their portfolio”.

A 70cl bottle of Pinkster gin retails on its website for £35. This compares to Gordon’s pink gin which retails for around £14 a pop and Beefeater pink gin at roughly £20.

The fact that Pinkster is considered a premium product with a “gentle, smooth and delicate” flavour profile, has helped to set it apart from the cheaper alternatives, according to Holt.

“A bar that we work with told me that a customer came in and asked for a pink gin. They were given one, but later called over the waiter to inform him that this wasn’t the one they usually had. Afterwards, they were served a Pinkster and they recognised the taste,” said Holt.

“It’s not just about the colour, but also the flavour”.

As well as customer feedback, Pinkster has seen sales double year-on-year since it was established, with it now stocked in over 3,000 UK outlets. These include major wholesalers such as Matthew Clark, Bibendum and Enotria&Coe as well as Majestic and in regional Marks & Spencer stores.

Two years ago, it raised £1 million through crowdfunding, having initially set a target of £600,000. This has helped the company to pay for production costs and the hiring of additional sales staff. 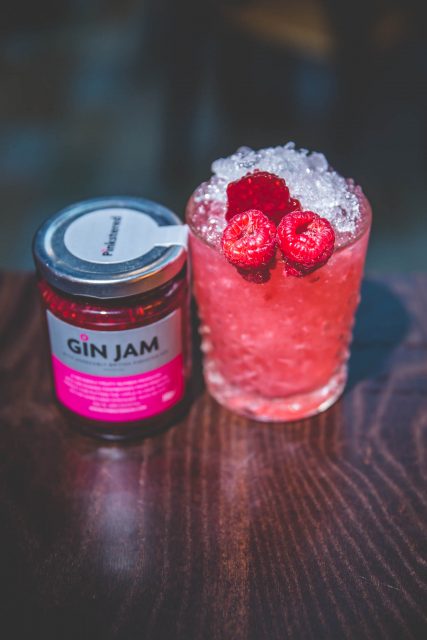 Pinkster has always been passionate about using up the by-products of its production. While it hasn’t released multiple different expressions of its gins, it now sells gin jam and boozy berries using its leftover raspberries and has launched sub-brand Hedgepig which currently carries two gin fruit liqueurs.

Due to be unveiled shortly is the latest, and according to Holt, “last” natural by-product – a cassis-style (though made using raspberries rather than blackcurrant) liqueur which it hopes will be a hit in the cocktail industry.

Launching in early May, the product, as yet un-named, will be aimed at both the on- and off-trade.

In addition, Pinkster launched the first bag-in-box gin this year, with 3-litres priced at £135. The new packaging, which is fully recyclable, is estimated to produce 85% less landfill waste than traditional glass bottles and is 35% lighter and 44% smaller in size on average than glass.

With its bag-in-box, Pinkster will be targeting the summer events market this year.

“It’s all about getting liquor on lips and events have always been good to us in this respect,” said Holt. In particular, the company is featuring at equestrian and sailing events as well as looking to do some festivals.

It also plans to enter the US market later this year, although this brings with it the usual logistical and technical difficulties. The UK bottle size of 70cl will need to be increased to 75cl and the 37.5% ABV needs to be raised to 40% ABV to comply with US standards.

“I think you can spend a lot of time investing in oversees markets, but you run the risk of neglecting your domestic market,” added Holt. As such, the brand will continue to direct plenty of attention to its “loyal followers” which, according to Holt, are particularly concentrated in Cambridge and East Anglia as well as Bristol and the south west.

With a lot of gin brands opening up visitor centres at their distilleries, Holt told db that this “is on our to-do list” although he stressed the need for cautious development.