Four new Masters of Wine have been named and include the first MW of Mexican descent.

The new members have proved their understanding of all aspects of wine by passing the Master of Wine examination, recognised worldwide for its rigour and high standards. The MW examination consists of three stages, including theory and practical exams, and culminates in the submission of a final research paper, an in-depth study on a wine-related topic from any area of the sciences, arts, humanities, or social sciences.

In addition to passing the examination, all MWs are required to sign the MW code of conduct before they are entitled to use the initials MW. The code of conduct requires MWs to act with honesty and integrity and to use every opportunity to share their understanding of wine with others.

See below for a biography on each of the new MWs, and the topic of their research papers.

And very, very well done to the first MWs of 2018 from all of us at the drinks business. 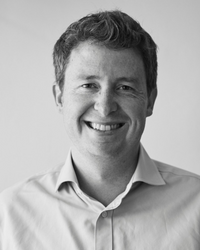 Cassidy holds a BA in Social Sciences and MA in Political Philosophy, neither of which were an obvious starting point for a career in the wine trade, which he joined in 2003. Having previously worked for two traditional English wine merchants, Cassidy joined Pol Roger Portfolio in 2008 where he is currently Director of Wine. His role involves brand management, purchasing, sales and commercial strategy. In addition, he has also consulted for Mullineux and Leeu Wines in the Swartland, South Africa. Outside of wine, he counts literature, travel and sport as his other passions. Cassidy is based in the UK and is the fifth South African to pass the Master of Wine examinations.

Research paper: The Swartland in transition; obscurity to recognition 2010-2016 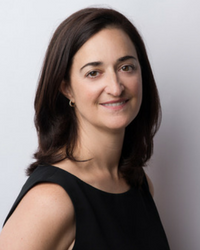 Based in Washington D.C., Caroline is the import-export program manager for wine, beer, and spirits in the US Department of Treasury’s Alcohol and Tobacco Tax and Trade Bureau (TTB). She began her tenure with TTB as assistant director of wine labelling and has since worked regularly with producers, importers, distributors, and customs brokers to ensure compliance with US alcohol beverage law. Prior to joining TTB, Caroline was a federal enforcement attorney for over a decade in the U.S. Environmental Protection Agency’s Office of Civil Enforcement. She has also served as general counsel to an environmental non-profit organisation and worked as a litigation associate in private practice. Caroline began her wine journey in 2005, working in retail wine sales while pursuing her studies with the Wine & Spirit Education Trust (WSET). Now a certified WSET instructor, Caroline teaches wine industry professionals at the Capital Wine School. She has consulted for wineries, trained restaurant wine and beverage staff, and judged wine competitions. In her research paper, Caroline analysed legal, demographic, and economic factors of importing wine to strategically target revenue streams in the current marketplace. 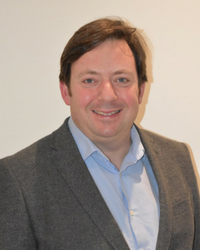 Simon read Biochemistry at Bristol University before joining Majestic Wine on their graduate trainee management scheme. He managed various stores including one of Majestic’s flagship central London stores. During his time at Majestic, he became a certified tutor for the WSET, delivering in-house courses to Majestic Wine’s employees. He then moved to the independent sector and worked for the Sampler Wine Merchant where his role included buying Italian wines. After the Sampler, he moved to Domaine Direct to look after retail sales, where he had the opportunity to indulge in his love for the wines of Burgundy. He is currently pursuing new opportunities, whilst continuing to judge at wine competitions and working on occasion for the WSET.

Research paper: What are the attitudes and perceptions of Jurançon sec within the London independent off-trade and what is the potential for this style within this channel? 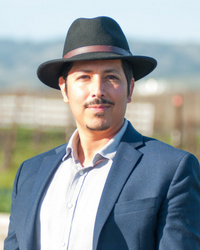 Martin is the first Master of Wine of Mexican descent and a first-generation American. With a prolific career as a buyer, importer, educator, and more recently, winemaker, he has held influential roles in many sectors of the industry. Martin’s wine story began with an over-indulgent dinner while studying in Paris as a Stanford undergraduate and, by 2003, he was stocking shelves at K&L Wine Merchants in California. After managing a retail shop in Napa Valley for several years, Martin was hired as the principal buyer for an importer operating prominent wine club programs for partners such as The New York Times and Williams-Sonoma. In 2015, he was named one of Wine Enthusiast’s Top Forty under Forty Tastemakers. Today, Martin helms Sonoma-based Peter Paul Wines and consults for businesses across the full supply-chain. Clients have included Spottswoode Estate, Pip Imports & Domestics, and Vivino.com. He works closely with Vice Versa Wines in Napa Valley and recently launched Reyes Selections, a small portfolio of his favourite producers, singled out from years spent sourcing wines globally for the US market. In his free time, Martin teaches WSET courses, attempts to become fluent in a fifth language, and raises his daughter trilingually, together with his wife in Vallejo, CA.

Research paper: Crowdsourced ratings for wine: exploring the rise of the consumer critic and its impact on purchasing behaviour in a USA retail environment