Here are seven consumer wine trends to watch in 2018

Market researcher Euromonitor plunged into the spending habits of consumers around the world, revealing seismic shifts in the way we drink wine. 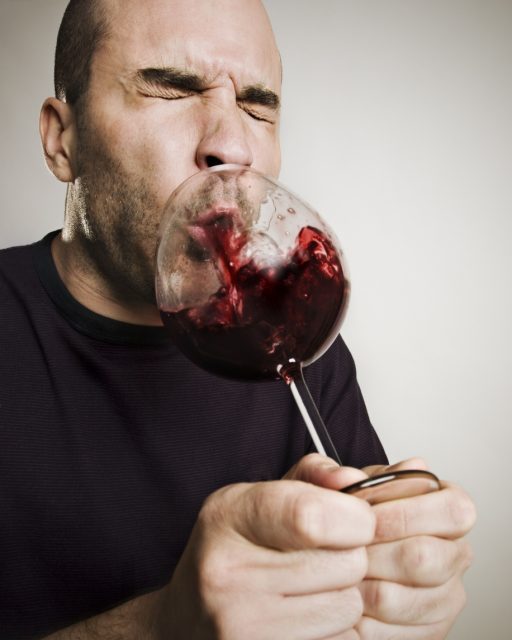 Wine from China, Georgia and Chile were all tipped to go mainstream in the coming months, while everything from production to presentation could be overhauled in 2018 as millennial consumers look for new experiences and transparent businesses over premium goods.

Keep scrolling to see what’s in-store for the world of wine in 2018. 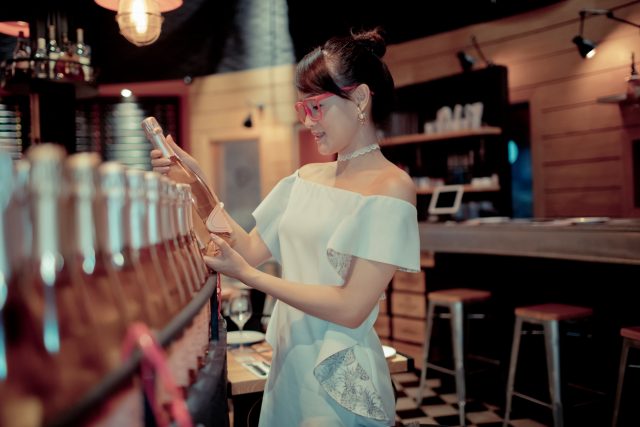 China already has a global reputation for importing wine, but exports from the nation’s wineries are expected to rise in 2018 thanks to a combination of a growing reputation and increasingly adventurous consumer tastes.

“China might have historically been the proverbial dragon in the room when discussing wine,” said Euromonitor analyst Spiros Malandrakis, “but it will be the accelerating transition from luxury towards the mass market that will inform the next chapter in its evolution.”

China’s winegrowing regions are beginning to pick up international acclaim. Earlier this month, the Yantai wine region on Shandong Peninsula, home to two of China’s leading wineries – Changyu Pioneers and Great Wall – gained trademark protection from the national Trademark Office of the State Administration for Industry & Commerce, a step forward to protect locally produced wines from the region.

Malandrakis said that, while red wine will remain a dominant category in the country, the growth of diversity in wine purchases — such as increased interest in orange wines — will “provide opportunities for alternatives to make inroads, too.”

“Additionally, further reducing import tariffs and the intoxicating effect of free trade agreements will pave the way for the next wave of exporters that will follow in the footsteps of Australian wine’s roaring success in China.”

Euromonitor predicts that wines grown in New Zealand, Chile and Georgia will also become increasingly popular, and could even create a knowck-on effect which sees traditional reds and whites lose market share in favour of uncommon grape varieties and styles.

“Deciphering their core offerings could hold the key in providing clues on the styles that will rise in popularity in the short to medium term.”

2. Premium takes a back seat 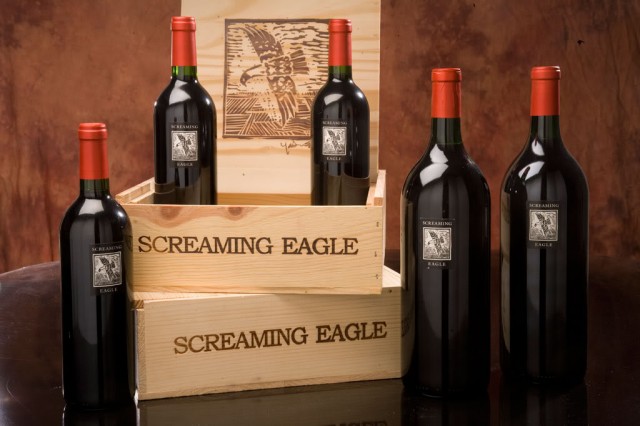 But as China’s reputation in the market grows, consumers are expected to move away from US varieties and traditional premium brands.

“While the core US market appears to be is good health, anecdotal information suggests that the premiumisation narrative might be reaching its peak,” Malandrakis said.

Unlike the baby boomers before them, millennials prefer to spend their earnings on experiences over material goods. When it comes to wine, this translates into choosing unusual and unique bottles over well-established brands.

Millennials are less focused on traditional measures of wine quality than the generation before them, and also have less cash to burn. Their spending habits in the drinks category are driven by experiencing new and exciting products, targeted marketing campaigns and word-of-mouth, which could see premium producers lose influence.

“Demographic pressures – the trailing boomer effect and a millennial demographic still unable to pick up the slack- could indeed lead to a gradual deceleration of premium offerings, Malandrakis added.

“Could this be the first sign of a secular market change?” 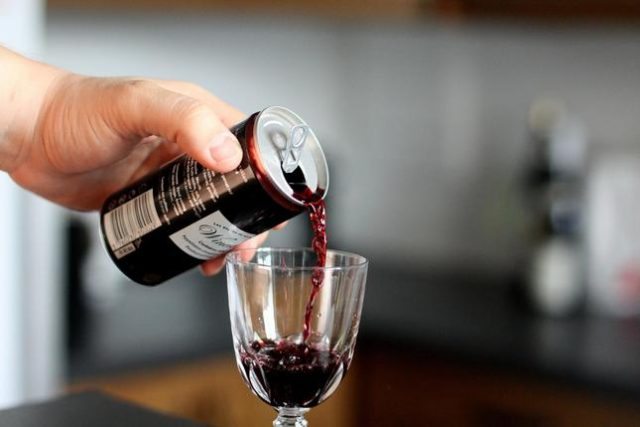 Wine in a can — already spiking in the US and a hot topic of debate in the UK’s wine community — will lead the charge on the back of their portability, versatile character and durability credentials as well as due to the simple fact that younger demographics have already embraced them in the case of craft beer pioneers, according to Euromonitor.

Cans are big business in the craft beer industry. They make packaging cheap, eco-friendly and stylish in one fell swoop. One quarter of the UK’s craft beer is now sold in cans, and this figure is expected to rise in the category. Canned cocktails are beginning to line supermarket shelves globally, and tinnies are even shaping how cocktail bars serve up their drinks, but Malandrakis warned that traditional vintners may take a while to adopt the canned concept.

In addition to this, wine-on-tap will also become more popular.

The wine on-tap trend has surged in London over the past decade, and bar groups such as Vagabond provide self-service taps which allow drinkers to pour their own measures and experience as many varieties as possible. The tap concept brings a degree of adventure and experience to your average trip to the bar. 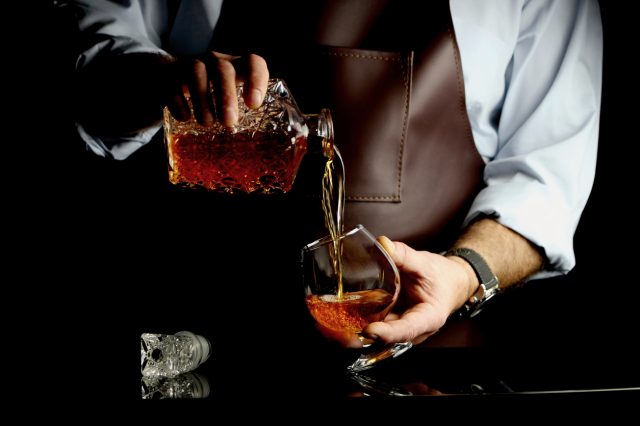 Collaboration and mixed-categories were one of the key drinks trends UK grocery giant Waitrose identified for spirits in its November 2017 report, and Malandrakis believes this will extend over to wine.

Scottish brewers Innis & Gunn are experimenting with infusing wood chips from wine barrels into their beers, while whiskey and scotch makers are also finishing their own spirits in beer barrels.

“The significance of the indulgence factor and the de facto blurring of category lines will also see a rise in cross-pollination initiatives like bourbon barrel ageing,” Malandrakis said.

“Boosting flavour and richness in this way might prove to be a fad but it is a fad that will still have legs for a while longer.” 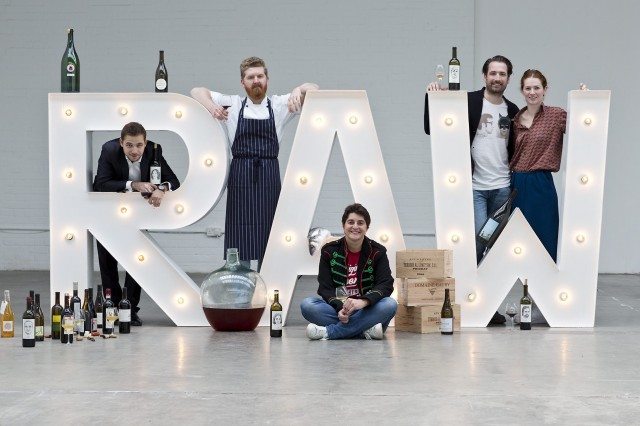 Already a big talking point amongst oenophiles, natural wines is predicted to go mainstream this year, and could change the way established wineries make and market their own products.

Natural wine — which is farmed organically and made without adding or removing anything in the cellar such as sulphites — has high-profile support in the form of Isabelle Legeron, currently France’s only female Master of Wine whi claims the style can be aged for longer than most traditional wines. In 2012 Legeron launched the RAW wine fair, which showcases winemakers products in the low-intervention organic, biodynamic and natural wine community. Now in its seventh year, the trade show has landed in Berlin, New York and Los Angeles.

Malandrakis said, while natural wine may still be hard to swallow for some consumers, its increased visibility in the market will encourage established brands to adopt more sustainable practices.

“Even if it will not account for significant volumes it will ultimately have an impact on transparency and low manipulation initiatives gaining traction across the entire industry.” 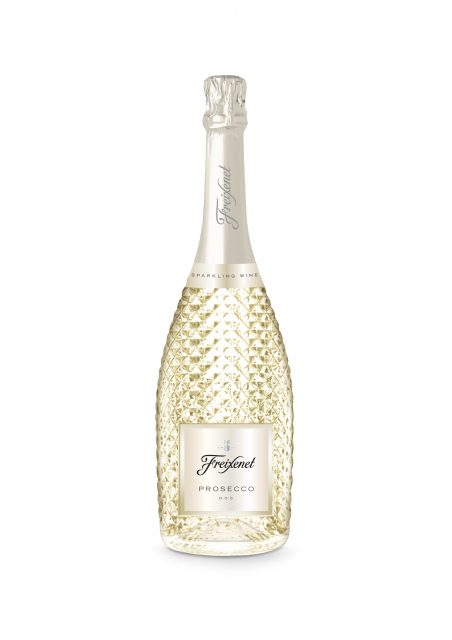 No longer a one-horse race, the sparkling wine market is as diverse as it is competitive.

Malandrakis identified Brexit as one of the causes for the slow-down of interest in Champagne alone, as its popularity has a “much vaunted direct correlation with macroeconomic developments.” Meanwhile, despite being known as one of the biggest importers of Champagne, UK consumption of the French fizz has dropped in recent months in favour of more affordable Prosecco.

“Brut and non-dosage varietals will retain their dominance,” said Malandrakis, “but demi-sec variants could hold the key to raising penetration rates in new markets and demographics.”

Malandrakis added that the ever-expanding range of flavours available to consumers could even help the category “escape its aperitif limitations, work better alongside food pairings and even claim historical parallels harking as far back as Russia in the 1800s.”

Alongside a rise in sweeter styles, where before Champagnes celebrated blending different grape varieties from different vineyards, the analyst added that single-estate products will also become attractive to drinkers.

“In the case of Cava the introduction of a new premium classification will attempt to cement the category’s aspirational hopes as Prosecco will focus on building brand equity while continuing to push its approachable premiumisation narrative.