Gone are the days of stigma around ‘tinnies,’ as a quarter of the UK’s craft beer is now sold in cans, according to new figures. 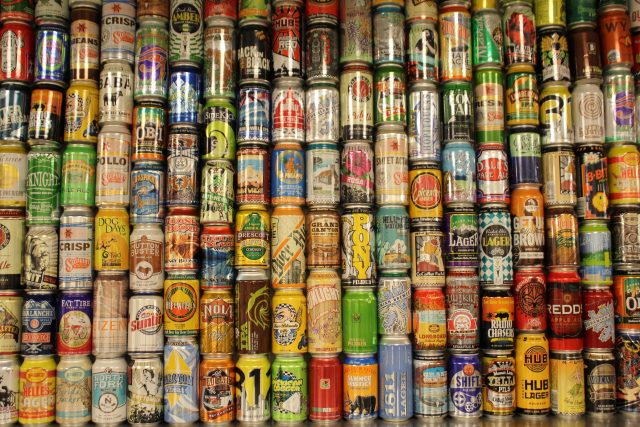 The latest figures from consumer research firm Nielsen show that cans now make up a quarter of craft beers sold in the UK in off licenses and multiple grocers, increasing by 327% from January – August in 2017.

Part of this rise in popularity can be attributed to consumers’ changing attitudes, according to Nielsen.

Consumers, particularly millennials, are increasingly looking for lightweight packaging that with standout designs which is easily recyclable.

Metal is a permanently available material that can be recycled again and again, without losing any of its structural integrity.

Martin Constable, chairman of industry trade body Can Makers, said the canned craft beer market’s growth has “exceeded expectations and has paved the way for other craft drinks’ makers to enter the market.”

He added that the trend is not exclusive to craft beer, and many drinks makers worldwide are choosing to store wine and pre-made cocktails in aluminium cans over glass bottles.

“Craft brewers have understood that choosing the can is the best packaging option for retaining the product’s quality and authenticity,” he said.

“It has inspired other drinks and majors to take a fresh look at their packaging and how they can use it to be innovative and stand out on the shelf to the consumer.”

Consumers and drinks makers are increasingly turning to recyclable packaging. In 2016, seven out of every ten aluminium drink cans sold in the UK were recycled.

The reputation of canned beer has also improved significantly in recent years, even gaining recognition from CAMRA. In September 2016, the regulatory beer body approved a Bristol brewery’s canned beers as Real Ales for the first time in history.

The organisation carried out tests on the Moor Beer Company’s canned ales at the recent Great British Beer Festival and concluded that as they contained live yeast and any carbonation was the result of natural secondary fermentation, they could indeed be termed ‘Real Ales’.

Speaking at the time, national chairman of CAMRA Colin Valentine, said: “There have been a lot of developments in the brewing industry and CAMRA has been working hard to make sure that we understand them and how they fit with our real ale definition.