OBE for Irish professor who used whisky to fuel cars

Professor Martin Tangney, originally from Cork, has been made an OBE in the Queen’s 2018 New Year’s Honour’s in recognition of his services to engineering and energy, with his most notable achievement using whisky residue to fuel cars without needing to modify the engine. 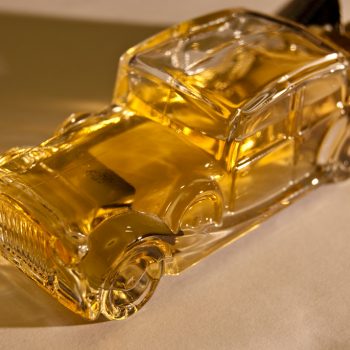 A professor at Edinburgh Napier University and an expert in biofuels, last year he oversaw the first successful test drive for a whisky-powered car powered by biobutanol – a direct replacement for petrol. Tangney used draff, the sugar-rich kernels of barley soaked in water to facilitate whisky’s fermentation, and pot ale, the yeasty liquid heated during fermentation, to create the new biofuel.

The Scottish malt whisky industry produces 500,000 tonnes of draff and 1.6bn litres of pot ale each year; only 10% of what flows out of the distillery is future whisky.

Tangney, who is founder and president of biofuel company Celtic Renewables, told the Irish Examiner: “I was actually in London on business when the letter arrived, which my wife opened – and then she had to sit on it for three days before she finally managed to get the right opportunity to sit me down with a bottle of Champagne and show me the letter.

“I can’t overstate how much of an honour this is, and amazingly I find myself in the company of some very great Irish people who have done much more significant things than me.”