Champagne has revised its estimates for 2017’s global shipments downwards, releasing provisional figures to show that the region has dispatched fewer than 308m bottles in the past 12 months. 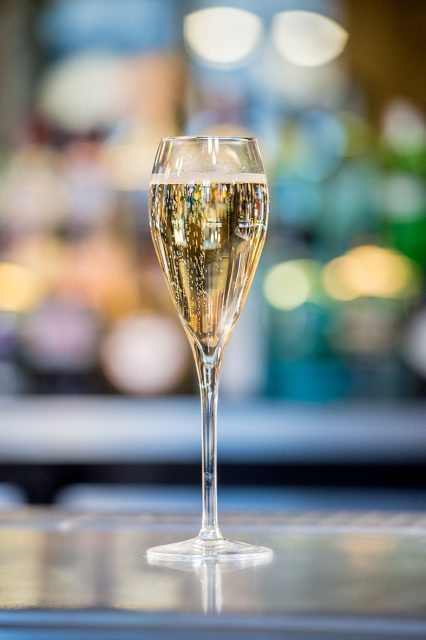 Due to rising levels of shipments until October last year compared to the same period in 2016, the Comité Champagne had estimated that the region would see its global total reach at least 312m bottles, a rise of 2% on 2016’s 306m bottle figure.

However, a disappointing performance for the region in the last two months of 2017, Champagne’s busiest time of the year, has seen the estimate for 2017’s total fall from 312m to 307.6m bottles – representing an increase of just 0.5% on the previous year.

It’s a result that comes as a surprise to many producers, and it is being blamed on the poor performance of Champagne sales at the end of the year in the region’s two biggest markets, France and the UK.

“A total of a little less than 308 million bottles is the latest estimate we have, and we are surprised to see such a level; we didn’t reach our expectations for December – we shipped less Champagne than we thought we would,” he told db.

Continuing, he said that “all the families in Champagne were hit the same way”, although he later said that the region’s cooperatives saw greater declines in December than the ‘houses’, with a fall of 15% for the former, and 10% for the latter in the last month of the year.

It has been said that the ‘growers’ – those who own and manage vineyards as well as produce Champagne – suffered the most in the past year, while the strongest brands owned by the major international maisons have faired the best.

Indeed, figures released yesterday from the region’s biggest player, LVMH, showed that this powerhouse, which owns Moët, Veuve Clicquot and Dom Pérignon, among other brands, enjoyed sales volume increases of 4% in 2017.

Explaining the reason for a troubled récoltant-manipulant sector, Toubart said, “Grower-producers are more on the French market, and, although the French economy is getting better, people are not buying more Champagne.”

In contrast, the region’s biggest brands have a much broader international footprint.

Confirming an estimate of 307.6m bottles for 2017’s shipments, Pascal Prudhomme, who is managing director of Champagne Castelnau – a brand produced by the CRVC cooperative – told db last week that he too was expecting higher figures.

“It seems that the month of December was not so good, and two thirds of Champagne’s total volumes are done between September and December,” he recorded, adding, “December was down because the off-trade business was less interesting.”

Continuing, he said that the major supermarkets in France account for roughly half the sales of Champagne by volume in the nation, and therefore a poor performance in such retailers will negatively affect the total. Recording a fall in shipments for the French market of 3-4%, such an estimate would represent a drop of around 6 million bottles (to total fewer than 152m bottles, down from 2016’s figure of 157.7m bottles).

It is widely believed that Champagne sales in French supermarkets are falling because the extent of price promotional activity on this famous fizz is diminishing.

“We are seeing that the promotions in French supermarkets are now on other sparkling wines [such as Cava and cremant] because there is more margin for them [the retailers],” said Charles Philipponnat, chairman of Champagne Philipponnat, during a discussion with db last week.

“There is no margin on Champagne sold for €10,” he said, “And the fact the price of Champagne is rising is not helping, particularly for those who rely on the generic name of Champagne,” he added.

“It is the weakest brands that are affected the most, whatever the category,” he said, referring to cooperatives, houses or growers.

Such a view was echoed in a discussion with Pol Roger president Laurent d’Harcourt. “I don’t think the big retailers in the UK and France are selling as much entry-level and BOB Champagne, and that’s because entry-level Champagne is being sold at cost, they are not making any money, but at the same price, with sparkling wine, they can make a margin,” he said, suggesting that lost volumes of Champagne are being compensated for by increasing sales of other sparkling wines.

In contrast, he said, “But the sales for quality and premium brands are good.”

“Until October we were convinced that we would achieve 312m, and maybe 315m bottles, but what we are now learning is that November and December were not so good, so we are looking at an increase of 0.5%, it is basically flat, whereas three months ago we were sure it would be more than 3%,” he began.

Continuing, he observed a “huge difference” in Champagne sales performance between France and the UK, versus the rest of the world. “We now see that growth [for Champagne] is mainly from export markets, particularly the US, Japan and Australia, along with lots of new markets, while Europe is stable and France and the UK are declining,” he said.

“One key learning of the year is that it is important for Champagne houses to boost sales outside their traditional footprint – so we need to recruit new consumers in Africa, Asia, and the US,” he added.

He then said, “Another learning is that the Champagne houses are doing much better than the growers because the houses are much more international. But if a grower is mainly selling in France and Europe then it will be extremely difficult to maintain business.”

Of course, the estimates concern shipments, rather than sales, and some believe that the poor results at the end of the year may be a reflection of altered stock management, rather than declining consumption of Champagne.

For example, Christophe Juarez, managing director of Champagne Nicolas Feuillatte, told db that major sellers of the fizz in Europe had deliberately reduced stocks at the end of the year, and hence the marked decline in Champagne shipments in December.

“We are talking about minus 5-8% in shipments for the last two months of the year, compared to the first 10 months, which were very dynamic, which is why we thought it was a fantastic year, and now it turns out that it’s average,” he began.

“But my personal view is that this is because several major players did a very careful management of their inventory, and we have noted that January is already a very promising month, suggesting that at the end of December their inventory was very low – so I’m not so worried, I think it is more a financial than a marketing issue.”

Nevertheless, retail sales of Champagne were undoubtedly down in the region’s biggest export market, the UK.

Speaking to db yesterday, Julien Lonneux, who is the new CEO of Vranken Pommery UK, recorded a fall of 20% in the off-trade according to Nielsen figures for the end of 2017.

“Nielsen shows a 20% loss in volume, although the loss in value is lower because average prices of Champagne [in the UK] have gone up by more than 10%,” he told db.

Continuing, he said that the average price for a bottle of Champagne in the UK off-trade was now £22, compared to £19.57 in 2016, commenting, “An average price increase of 12% explains everything – you can’t ask all consumers to stay with such a big increase.”

With the French and UK market together estimated to have lost around 10m bottles in 2017, it means that shipments to growth markets such as the US, Japan and Australia must have risen more than 11m.

The official figures for 2017’s shipments from Champagne, market by market, will be revealed in March at ProWein, while a fuller analysis on the state of the UK market for sparkling wine and Champagne will feature on thedrinksbusiness.com next week.