Scientists at Cardiff University have teamed up with Bridgend’s Bang-On Brewery to release a beer infused with Wales’ answer to Manuka honey. 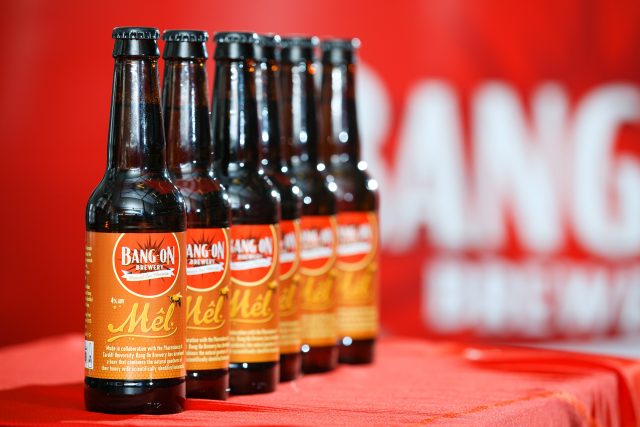 Called ‘Mêl’, the Welsh word for honey, the 4% abv honey beer goes on sale at Bang-On Brewery tomorrow priced at £3.80 a bottle.

Manuka honey is produced when bees forage on the Manuka bush – a plant that produces a compound with potent antibacterial properties.

The university’s Pharmbees project sought to create a similar style of honey in Wales by introducing bees to plants with antibacterial properties.

They found that compounds were present in honey made in the garden of a beekeeper from Gwynedd that can kill microorganisms and combat MRSA.

In addition to antibacterial honey, ‘Mêl’ is made with hops that have been specifically selected for their antibacterial properties.

“We’re not making health claims about the beer. It’s simply about producing a great taste, but we hope the project may evolve into something that could change the culture of how beer is consumed in the longer term,” said Craig Jackson of Bang-On Brewery.

Professor Les Baillie, who worked with Bang-On Brewer founder Neil Randle on the project, plans to use the findings to create an “an alcohol-free fermented adult drink with mass market appeal”.

A share of the profits will go towards supporting pollinator and wellbeing projects across Wales.

Cardiff University’s Pharmabees project is working to identify plant-derived drugs that could be used to treat antibiotic resistant hospital pathogens.