Waitrose has added a range of half-bottles to its own-label range, which  offer greater choice for consumers mid-week, as part of a refresh of its mid-tier range. 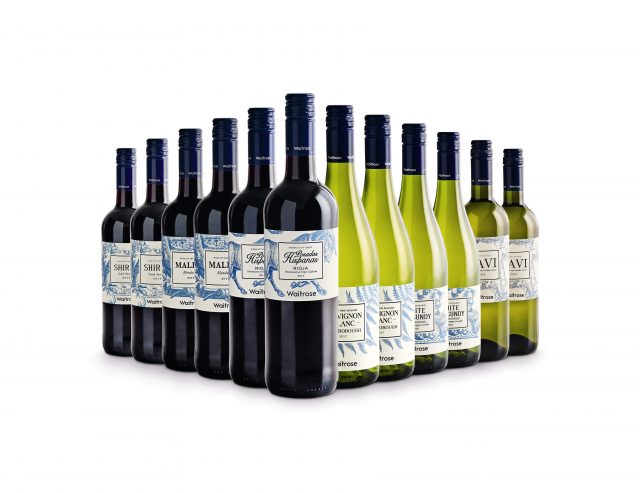 A spokesman said they would provide an extra level of choice for consumers, particularly for mid-week meals. However, with prices clocking in between £3.50 and £5.00, it also allows consumers to trade-up, without breaking the £5 price barrier.

The new half-bottles form part of the new Blueprint Wine range, a complete relaunch and redesign of the retailer’s mid-level own-label range which aims to give the mid-tier own-label more of a group identity and make it easier for consumers to identify them on shelf.

The relaunch has has been underway for more than 12 months, with the introduction of the 6 half bottles an integral part of the plans.

“Individually they were gorgeous, but they were a bit subtle, but now you can really tell it is the Waitrose mid-level range,” a spokesman explained. “The entry level are grouped together and these will now be just as clear.”

The full-size range comprises 32 wines, including five red and five white wines that represent classic regions and styles, a Prosecco, a rose and two fortified wines. Waitrose buyer James Bone said the team had seen an uplift in smaller formats – both 18.7cl and 25cl – for some time.

“We believe that growth is being driven by customers who want to enjoy a glass of wine or two but don’t necessarily want to buy a full 75cl bottle. The new half bottles are designed to meet the needs of the midweek evening meal occasion and to provide customer choice,” he said.

“We have had still wines in 50cl bottles in the past. The key difference here is these new 37.5cl half bottles match the packaging of their 75cl counterparts and will be next to them on shelf.”

The Coop is also boosting its range of smaller format wines to tap into the growth in convenience and mid-week shopping, and prevent consumers turning to beer or cider to satisfy their desire for a drink while staying within a budget.

In May, Spanish and Chilean producer Felix Solis launched a new range of 50cl bottles across its wine range, including Viña Albali, Pulpito, Pagos del Rey, and its Chilean brands, the Guv’nor, and Piqueta. Richard Cochrane, MD of Felix Solis UK said the move addressed consumer needs by enabling consumers to buy better quality wine at a lower price and preventing some consumers from falling out of the category altogether – particularly important with the challenge of growing consumer inflation – as well as tapping into trends such as premiumisation and a greater consciousness about health.

“If you can access relatively premium wine above the £5.38 average for a 750ml bottle, more towards the £8 bracket, you could now pick up a bottle of wine that retails at around £4 a bottle,” he told db.