Ecologists want the public to begin drowning wasps in beer-traps in order to help them find out more about the different wasp species and their distribution in the UK. 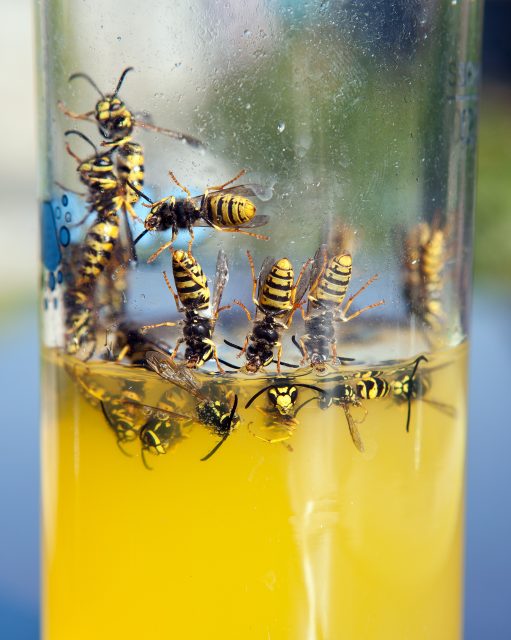 ‘The Big Wasp Survey 2017’ is being run by teams at University College London and the University of Gloucester and sponsored by the Royal Entomological Society.

The researchers want the public to set up wasp traps in their gardens and beer (or orange juice) is the perfect lure to draw wasps into the trap.

Once a number of wasps have been collected the bodies (minus the beer) should be posted to the scientists via Freepost in order for them to examine the wasps and identify their species and where they’re from as well as other aspects of the insects such as their different colour patterns, which can be an indicator of environmental conditions.

Although a longstanding summer pest to those wanting to enjoy eating al fresco, wasps are hugely important for the environment and eco system and their population is in decline.

Not only are they food themselves for birds but, as predators, a single colony can eat several kilograms of other pests (aphids and caterpillars etc) in the area around their nest, and as pollinators, they are capable of pollinating a wider range of plants than rather fussier bees.

There are over 9,000 wasp species in the UK but only a few are the black and yellow monsters we all know (and fear). Understanding what species lives where can help researchers estimate their population size and come up with better ways of protecting them.

Wasp trapping has long been used by beekeepers to keep carnivorous wasps away from hives and scientists routinely use it to monitor populations elsewhere too; most recently in France for example to track the spread of the Asian hornet.

The initiative has drawn criticism from some quarters, however, as Matt Shardlow, CEO of the insect conservation charity ‘Buglife’ told the Telegraph that: “We are very uncomfortable about a project that is harnessing the UK public’s hatred of wasps and encouraging them to kill wasps wholesale.”

“These traps are indiscriminate and will attract and kill lots of insects, including flies and bees.

While admitting that killing the insects in order to protect them may sound odd, the researchers point out that studying live wasps is rather tricky and potentially very painful. 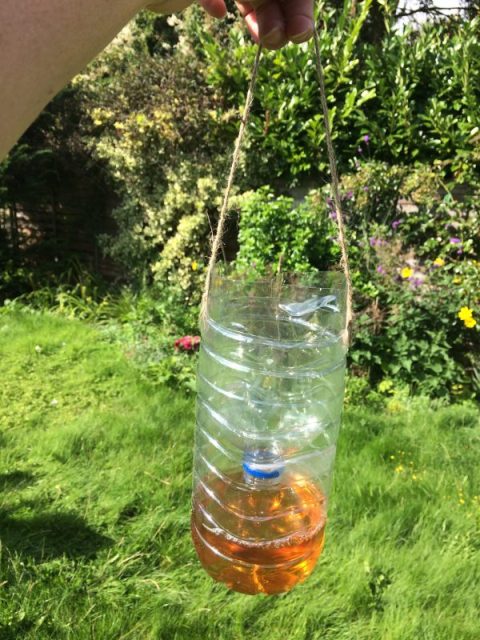 They also point out that the reason why they have launched the initiative now is that the wasps are coming to the end of their natural lives anyway.

As explained on the website: “The wasps you kill will have negligible impact on UK wasp populations: the wasps you trap will be workers and workers do not reproduce. In the late summer, wasp nests have already passed their peak productivity and indeed are starting to decline as autumn approaches.

“The workers you’ll trap are no longer rearing young and indeed this is thought to be one of the reasons that they are so bothersome at this time of year. Removing the wasps you trap from the local population will have no effect on the number of wasps around next year.”

Furthermore, given the effort involved in making a trap, collecting the wasps, drying them out and posting them, the scientists calculate they will be sent less than the equivalent of a single wasp colony (about 10,000 insects).

If you want to know more about the project and how to make a wasp trap, click here.