In a letter written by Cardinal Robert Sarah of the Vatican’s congregation for divine worship to bishops, Sarah stated that it was the bishops’ duty to ensure the correct bread and wine is used during the sacrament.

“It is for the bishop as principal dispenser of the mysteries of God to watch over the quality of the bread and wine to be used at the Eucharist and also those who prepare these materials.

“The wine that is used in the most sacred celebration of the Eucharistic Sacrifice must be natural, from the fruit of the grape, pure and incorrupt, not mixed with other substances. 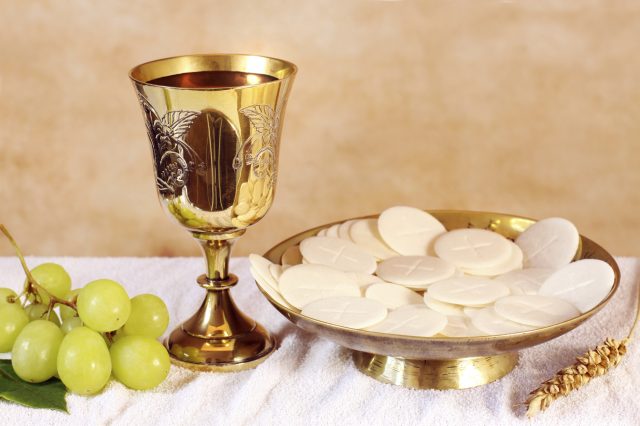 “Great care should be taken so that the wine intended for the celebration of the Eucharist is well conserved and has not soured,” he said.

“It is altogether forbidden to use wine of doubtful authenticity or provenance. Nor are other drinks of any kind to be admitted for any reason, as they do not constitute valid matter,” he added.

The cardinal told the bishops that the bread should be made by people “distinguished by their integrity” and “furnished with suitable tools”, and that adding fruit, sugar or honey was a “grave abuse”.

Low-gluten unleavened bread is allowed but there must be enough protein in the wheat to make it without additives.

“Hosts that are completely gluten-free are invalid matter for the celebration of the Eucharist.

“Low-gluten hosts are valid matter, provided they contain a sufficient amount of gluten to obtain the confection of bread without the addition of foreign materials and without the use of procedures that would alter the nature of bread,” he said.

Catholics believe that the bread and wine turns into the body and blood of Christ during the Eucharist ceremony. Wine is inherently gluten free, however, there are two stages during the wine making process where gluten may be introduced.

The first is the practice of using a flour paste to seal oak barrels. The second is the practice of fining, which is done to clarify wine. Gluten can be used to fine wine, but more often a different agent like egg white, gelatin or isinglass is used, making it non-vegan.