Kantar: No increase in grocery prices is ‘big news’

Retail analysts Kantar has said the steadying of inflation on the UK grocery market over the last three months is “big news” for shoppers, as the hot weather in June boosted sales of booze. 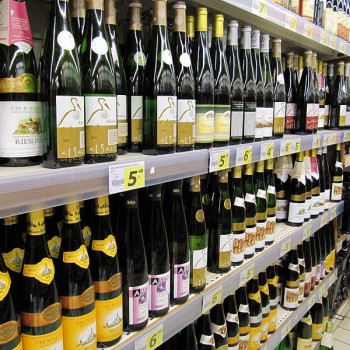 Shoppers spent an additional £158 million on alcohol over the 12 weeks to 16 July, the latest figures showed. Categories in particular growth included gin, up 29%, cider, up 20%, ale showing a 9% sales uplift, and a 6% increase in lager sales, Kantar confirmed.

The latest figures on the UK market show like-for-like inflation standing at 3.2%, the same rate of increase as this time last month, indicating that price rises are no longer accelerating.

Head of retail and consumer insight at Kantar Worldpanel Fraser McKevitt pointed out that the market has grown more than 3% for the fourth period in a row, with supermarket sales up by 3.9% compared to the same period last year.

“Hard pressed shoppers will welcome any sign of inflation peaking,” he said. No change in rates of price increases is big news a year on from Sterling’s devaluation in the wake of the EU referendum,” he said.

The hot weather also boosted wine and booze sales, with Shoppers spending an additional £158 million on alcohol over the 12 weeks to 16 July.

However, inflation over the last few quarters has seen an increased growth of own label across the market, up 6.7% year on year, McKevitt said – and brands were increasingly coming under pressure as a result.

“But own label is not just about saving, premium own label is the fastest growing area of the market,” he added, pointing to the overall year-on-year growth of premium own-label of 13.9%, compared to branded lines up 0.9% compared to last year. As a result, supermarket own brand lines currently have a 51% share of consumer spending, he added.

Meanwhile the discounters continued to take market share, with Lidl reporting the fastest growth since October 2014, of around 19.4%, wonly slightly ahead of Aldi, whose sales rose 17.9%, boosting its market share to 7%. Lid’s market share rose to 5.1% in the 12 week period.

Performance at the big four was more muted – Tesco, Sainsbury’s and Morrisons saw sales increases of 2.3%, 2.2% and 2.1% respectively, boosted by increase in online sales, with Asda’s sales up 1%, on the back a new shoppers to its stores.