Sherry ‘needs to go back to its roots’

In order to move forward, Sherry producers need to go back to their roots and focus on their vineyards and soils according to one key player in the region.

“We needed to go back to our roots – to the vineyards and the soils in Jerez and that’s happening. Up until now we’ve mostly focused on the ageing aspect of Sherry but it shouldn’t be like that – we shouldn’t conceal the origin of the earth.

“When they were making wine in Jerez 300 years ago there was no flor. We have to go back to focusing on the vineyards and wines being made from a specific site. 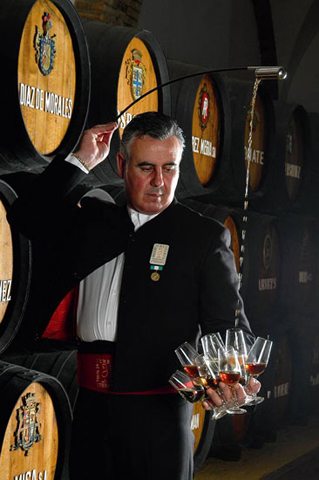 “It’s essential that all bodegas and co-operatives shift their focus back to the land as 48% of the vineyards in Jerez are managed by co-ops.”

During a discussion on the importance of terroir in Jerez during the conference, Odeja warned that if Sherry spends too much time in wood, it masks the true character of the wine.

“There is no need to lose the character of an estate in the ageing process. I don’t like the ageing element when the flor destroys the soil – I like to still be able to detect it in the wines and taste the original genes of the wines as time goes by,” he said.

“We should be focusing more on putting the vineyard names on the labels and shouting about it more,” he added.

Ferran Centelles, the former head sommelier of El Bulli, also spoke during the conference, revealing that he and chef Ferran Adrià were working on a map that charts the creative process of Sherry at El Bulli’s research centre in Barcelona.

The map will be included in a book on wine that will form part of a series for Bullipedia alongside a cocktail tome. By 2001 there were no less than 60 Sherries served by the glass at El Bulli, with 15% of all wine sold between 2003 and 2011 being Sherry.

“If you have a gastronomic sensibility then you become addicted to Sherry,” Centelles told the audience.

Cesar Saldaña, managing director of DO Jerez, also sees a renewed focus on terroir in Jerez, which he views as a positive step forward for the region.

“Albariza soil is the reason why wine has been made in Jerez for hundreds of years. We’re going back to the future and are focusing on our vineyards more. We’ve only had an official soil map for the last two years,” he said.

“There is a resurgence of Sherry on wine lists at the moment – I don’t like to talk about a revolution, more of an unstoppable quiet momentum. People are realising how much Sherry can enhance a food experience,” he added.