Sherry ‘has the same complexities as flamenco’

With its dizzying diversity, Sherry boasts “the same complexities as flamenco” music, according to Josep Roca, the head sommelier of El Celler de Can Roca. 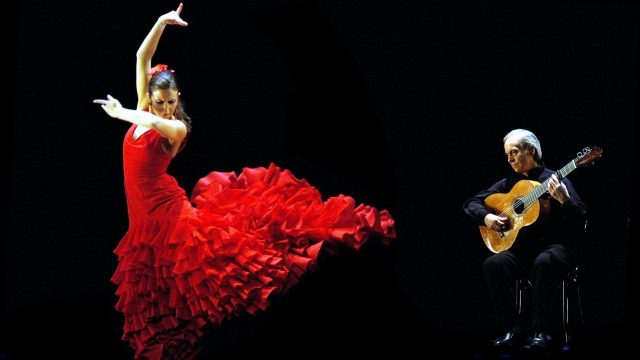 Speaking at the seventh Copa Jerez food and Sherry pairing competition in Jerez this week, Roca told the drinks business:

Among the Sherry and flamenco pairings were a 2002 oloroso by Bodegas Williams & Humbert with a solea desafinada, and a palo cortado VORS from Bodegas Tradicion with a solea por bulerías.

During the pairings, Roca spoke of both flamenco and Sherry’s capacity for “duende” – the ability to inspire emotions and passion through its magnetism.

Emotions aside, Roca also spoke of the need for the Sherry industry to make the most of its magnificent product, which is often undersold in terms of value.

“It’s important for the Sherry market to be economically stable and there is plenty of room for it to conquer more consumers as the wines are so authentic, but it’s sold too cheaply at the moment.

“Its quality and authenticity can be used to raise its profile but we need to return to the vine and we need to find new and open roads for Sherry to thrive,” he said.

He also spoke of his love for cooking with Sherry at his three Michelin starred restaurant in Girona, El Celler de Can Roca, which db reviewed earlier this year.

“I cook a lot with Sherry, from rock oysters and manzanilla, and prawns and amontillado, to dehydrated oloroso and steak tartare.

“There is a world of opportunity when it comes to cooking with Sherry and an infinity of possible recipes that I love playing around with,” he said.