Gin sales at UK supermarket Waitrose have surpassed all other spirits, the retailer has reported, after seeing sales of the trendy spirit rise 20% year-on-year. 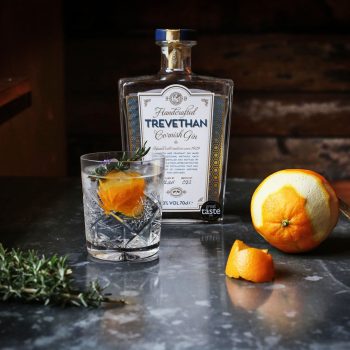 The upmarket retailer, which is currently running a Gin showcase across its stores which includes 20% off around 15 different gins, is planning to boost its range of craft gins over the next few months, as well as introducing more “craft tonics” to pair them with.

Waitrose spirits buyer John Vine said it was no surprise that sales of gin have grown in the past few years, given its increasing popularity, not said the fact that sales have now overtaken other spirits shows just how popular it has become.

“We’re starting to see a change in the way people enjoy their gin, with many sipping it before their meal as an aperitif. That’s why local craft suppliers, who tend to enhance their gin with unique flavours and aromas, really appeal to our customers,” he said.

Last year the retailer held six unique spirits showcases, noting that its gin showcase proving to be a “phenomenal success”, and lead the way in terms of sales growth.

The retailer has added several gins to its range, including Silent Pool Gin in the autumn, a national listing for Warner Edwards Victoria’s Rhubarb Gin and Trevethan Cornish Gin (RRP: £39.50), which goes in store today. But Vine said there a number of other craft gins would be added in coming months as well as craft tonics to go with them.

”We were really impressed with Trevethan Cornish Gin’s smooth but distinctive taste and are confident it’ll become a popular addition to the rest of the artisan gins we sell,” he said.

Domestic sales of gin have risen, and the sales of the trendy tipple, which is particularly popular among hipsters, passed the £1 billion mark for the first time last year, prompting the Office of National Statistic’s (ONS) to add it to its inflation basket nearly 13 years after it was ousted.

Earlier this week the WSTA reported that booming sales of gin had pushed the revenue of spirits collected by HMRC above that of beer for the first time.