Absolut has launched its third limited edition bottle in support of the LGBTQ community, marking the start of a new multimillion-pound campaign to drive sales this summer. 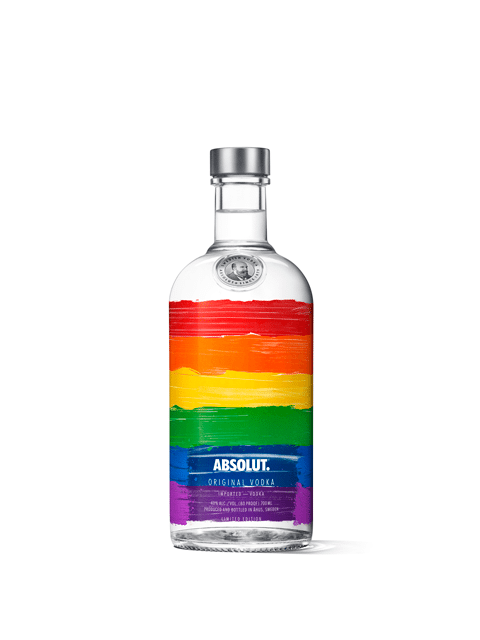 The bottle, which includes a ‘Taking pride in diversity’ statement on the back, contains Absolut Original and features a rainbow flag depicted in brush strokes, intended to convey a “hand-made look” in-keeping with the brand’s artistic heritage and tapping into a wider trend for craft spirits.

“It’s going to be an exciting few months for Absolut, with this limited-edition bottle marking the start of an ambitious multimillion-pound marketing campaign for us,” said Adam Boita, head of marketing at Pernod Ricard UK.

“Absolut’s bold creativity and historical championing of the LGBTQ community has always been its point of difference, and with this year being the 50th anniversary of the decriminalisation of homosexuality in England and Wales, we’re proud to promote diversity once again.”

While the vodka category as a whole is in decline, premium vodka sales are in growth, with Absolut increasing its distribution by +2% and value sales by just under £2 million year-on-year, according to Nielsen data to 25.03.17.

The new Absolut limited-edition bottle will be available across the off-trade from July 2017 in 6 x 70cl cases.