Mitchell Taylor, managing director and third-generation winemaker at Wakefield Wines, said he is “positive that screwcaps are the future” as they allow wines “to age gracefully.” 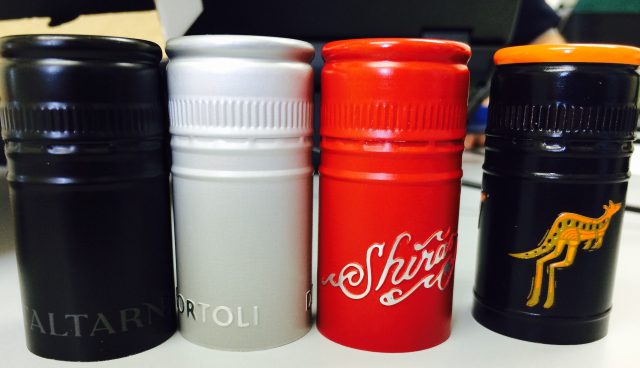 Wakefield Wines, which trades as Taylors Wines in Australia, was, according to Mitchell Taylor, “the first winery to go 100% screwcap.” Some wineries, Taylor said, had experimented, ageing some of their wines under screwcap and others under cork. Wakefield, however, chose to completely switch from cork to screwcap.

Following this decision, Taylor said that they had “never looked back” as the continual frustration associated variable oxidation caused by cork closures had resulted in him being “positive that screwcaps are the future” as they allow wines to “age gracefully.”

In 2015, Maturation tests conducted on top Australian wines, aged both under cork and screwcap, yielded “ground breaking results,” with an international panel of judges voting in favour of screwcap-aged expressions in a blind tasting at Vinitaly.

Proudly sporting his 2015 Aussie rugby scarf, he also added: “we shared the idea [using screwcaps] with the Kiwis, though they’re now claiming it was their idea!”

“People talk about the romance of using cork,” he continued. “To me, romance is riding through Central Park in a horse-drawn carriage, not using cork!”

Taylor stated how 2014 in particular was “one of those vintages” in which the ripe flavours of the grapes were immediately apparent, and favourable weather conditions meant that they were not forced to rush the vintage process.

Also on show were the St Andrews Riesling 2016 (£26 a bottle), the St Andrews Chardonnay (£23 a bottle) and the Visionary Cabernet Sauvignon 2009, 2010 and 2012. The 2012, with concentrated cassis and red berry flavours with notes of smoke and meat, shared, according to Taylor, similarities with the 2014 vintage.

Wakefield Wines in Australia’s Clare Valley was founded in 1969 by Mitchell’s grandfather Bill Taylor Snr and sons Bill and John. After finding a suitable plot complete with terra rossa soils, the family initially planted 320 acres of Cabernet Sauvignon and 100 acres of Shiraz. Nowadays, the winery boasts eight different wine ranges from The Promised Land and Wakefield Estate through to the premium St Andrews, Visionary and Pioneer ranges.