Waitrose BWS head has warned that the retail industry is “dumbing down” the message of the true cost of wine by concentrating on low priced wines, failing to help consumers understand why they need to pay a sustainable price. 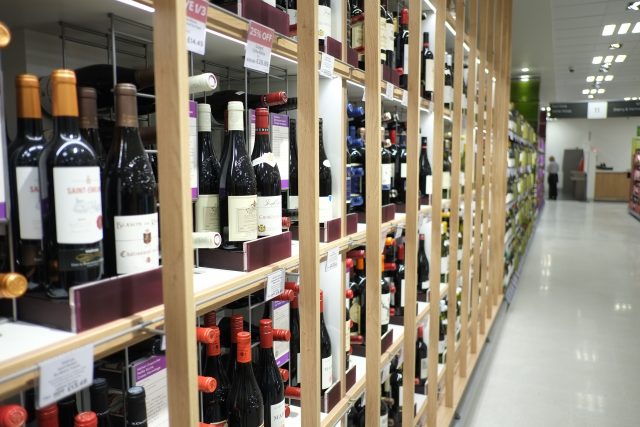 Speaking to db at Waitrose’ recent tasting, head of buying in BWS Pierpaolo Petrassi MW argued that retailers have a duty to articulate what people are paying for, and warning that the trend for lower prices across retail was squeezing margins and ultimately threatening sustainability of wine producers.

“If retailers are not paying a price to cover costs of production, paying staff a sustainable wage, then provision for some investment – new bottling lines or tractors are expensive – then the equation is not sustainable. You have to allow people to make enough money to invest,” he said.

He argued that with large quantities of wine selling for £5, many in the industry “can’t do that”.

“A few large scale producers have the economies of scale to make £5 sustainable, but I am concerned about customer perception,” he added. “The drinks industry has spend decades explaining to customers why spending a little more would buy them so much more wine rather than just tax, but the current focus on low prices runs the risk of this message being unravelled.”

Waitrose’s average price per bottle is “unashamedly” more premium, he admitted – “even though we match the market prices for the branded lines we stock” – and he recognised that £7-12 isn’t affordable for every consumer.

“But we need to educate shoppers to understand value-for-money, value linked to quality, rather than just focusing on absolute value. This can ensure that producers can make a living,” he said. “What is different [with us] is that when customers come in, they trust the name over the door (‘Waitrose’), we imbue them with context that we give value for money.”

“We need to get better at selling the ‘sizzle as well as the steak’. To make buying wine less transactional and price-focussed for customers, we need to realise their ‘consumption journey’ starts when they turn the label round on shelf and finishes when the bottle goes into the recycling, it’s not just about the drinking in the middle.”

“We need customers to regain an emotional connection with the bottles they buy through beautiful labels, great quality and the stories behind the producers too,” he added.

“We need to describe why the wine is worth a couple of pounds more and we do that at Waitrose through different elements of our store environment and customer offer,” he added, pointing to its new focus on in-store wine bars, cafes and its successful inaugural consumer Drinks Festival in September.

The success of the drinks festival has underlined the retailer’s commitment to food and wine as well as highlighting the challenges of translating a consumer event into a retail setting, he noted. 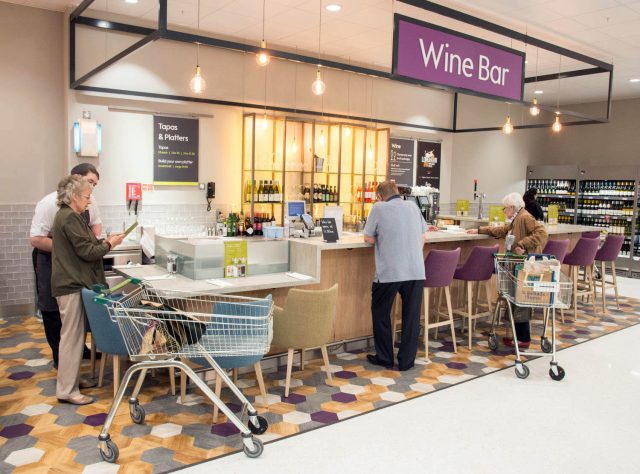 “It was a brilliant event and brought to life how much more ambitious we are in terms of what we do in our branches to try new stuff, but also around the limitations of that environment, given that people are there on a total shopping journey, not just for BWS. They are stopping only for a few seconds to buying what they need in BWS and they are still thinking about the cereal they need to put in their trolley and getting away in time to collect the kids.”

The answer, according to Petrassi is in its new style formats, which marks a departure for the BWS aisle, with a different fine wine section, new point of sale which gives more space to describe the wines, better lighting and a tasting table to allow local in-store specialists to run bespoke events in store. Currently, these account for 20% of the estate and the plan is to roll these out further.

“It is all inspiration and what is great about it is the feedback you get from customers,” he said. “We want it to be inviting, and be a friendly face whether you are a little old lady buying her monthly bottle of sherry or a customer who is used to drinking fine wines and first growths week in week out.”

It is also planning to beef up its wine content café and wine bars in store – there are currently seven – extending the hospitality ethos which encourages food and drink pairing.

But Petrassi argued it was unrealistic to expect a large-scale roll out of the wine bars.

“John Lewis is not a plc, so when we come to invest it takes hard earned cash to come up with the capital investment – we can’t just go to the City and say ‘ Give us X and we’ll transform 350 bars’. It means you make slower, but better, more strategically aligned decisions. So we will continue to open several new in-branch Wine Bars every year.”

However he argued that retailers have to be able to evolve the offer and tailor it to what is likely to work.

“You have to understand the local demographic and understand how you can evolve and offer what people want,” he said, pointing out that simply cloning a blueprint plan doesn’t work in every part of the country or in every size of branch, but going through several different, evolving iterations. “You realise what you could do better so it’s a great process, and we learn with every new Wine Bar we launch.”

Since db first published this article, Pierpaolo Petrassi MW has been in touch to clarify a few points and to expand on some of his comments in order to provide a more accurate and rounded view of his argument.