Romanian wine to grow in UK

Romanian wine in the UK is expected to grow by around 10% after production in the Eastern European country grew by more than a third, producer Cramele Recas has claimed. 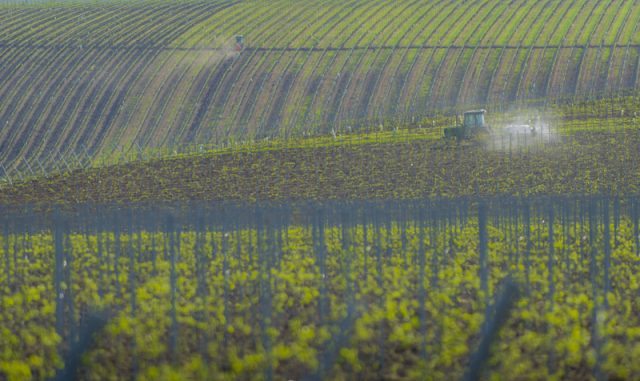 “The UK has been the fastest growing export market for Romania in the last five years, and Romania has become the fastest growing supply country for the UK market. In 2016 we estimate a 10% growth over 2015 in the UK – and 2015 was a record year,” he said. “Romania is fast consolidating its position in the UK market where distribution has now grown throughout major supermarkets and on trade chains to be much more significant than even five years ago.”

As well as the UK potential, Cox reported growth in the Netherlands and Germany, as well as a boost on the domestic market through an increasingly diverse off-trade and rising affluence in the on-trade.

He argued that Romania has the potential to boost production further due to the ability to grow a large range of different grape varieties and flexibility of what can be planted, as well as the “relatively cheap labour and land costs” which boosted it competitiveness.

“Romania can and does produce good value for money wines, but also has some incredible individual vineyard sites of world class potential, which will come into their own after the recent spate of new vineyard plantings have time for the new vineyards to mature,” he said.

Cox’s comments follow recent data from the International Organisation of Vine and Wine (OIV), which found Romanian wine production had increased by around 37% to 4.8m HL, with the number of registered wine companies was reported as falling to 217, down from 233 two years ago.

Cox said the industry had changed enormously in the last three years, with more than 30,000 hectares of new vineyards since 2007 and more than 100 new wineries which had been founded in the last five years coming to the market.

“This is adding a lot to the quality of wine and also to a much greater diversity of products with many different varietals and styles of wine produced,” he argued pointing out that Romania probably had some of the modern wineries in Europe on average, with many having benefitted from EU funding.

Cox argued that the market was diversifying and fragmenting, with several of the old communist era wineries that had dominated the market for years –  such as Murfatlar winery which had over 30% of the market only five years ago – going out of operation. “This means that overall for the local market Romania still doesn’t produce enough wine for its local consumption which tends to push prices higher for the local market than for export markets.”

Romanian business analysts KeysFin, who produced a brief report on Romanian wines following the publication of the OIV data, argued the decline in wineries numbers overall was a sign the sector was strengthening as only companies capable of weathering fiscal and financial challenges would remain and grow. The analysts argued the Romanian wine market has reached “an optimum level and a high degree of maturity”,

“The performance of Romanian producers show that they are beginning to reap the benefits of optimizing production and increased distribution locally and internationally,” they said.

In 2015, the major producing areas in Romania were Vrancea, Buzau, Iasi, Vaslui, Constanta and Dolj.