The town of Caldari di Ortona in Abruzzo has installed a free, 24-hour wine fountain for passing pilgrims. 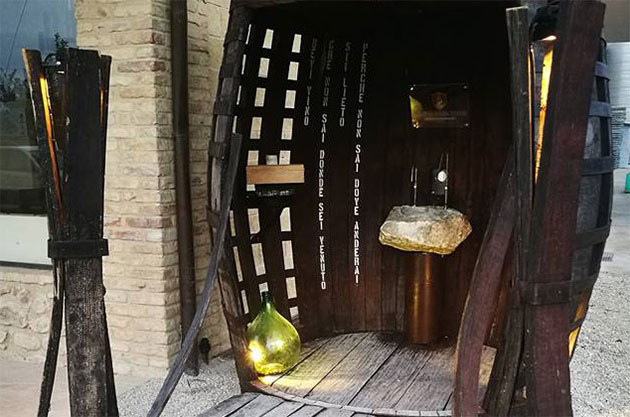 The fountain was put in place by the Dora Sarchese winery and is primarily designed to quench the thirst of pilgrims taking the Cammino di San Tommaso, thousands of who pass by every year.

The winery has not said what wine is dispensed from the fountain but the region is the home of Montepulciano d’Abruzzo Colline Teramane DOCG.

It added it was not there for people to get drunk but was a gift to the town and its pilgrims.

The town lies on the main pilgrimage route between Rome and Ortona on the Adriatic. The city’s cathedral is reputed to hold the remains of the apostle St Thomas which were brought to the church from the Greek island of Chios in 1258.

Ortona was also the site of a vicious fight between the Canadians and German paratroopers in the Moro River Campaign of 1943.

A similar wine fountain opened along the Camino de Santiago di Compostela in the 1990s outside of the monastery of Neustra Señora la Real in Irache. However, it is not open all the time and pilgrims must pay a small fee to fill their cups.

There is a long history in western Europe of both providing wine to pilgrims and more generally of public fountains that pour forth ‘hippocras’.

From Charlemagne to the French Revolution pilgrims making any one of the thousands of pilgrimages across Europe could be sure of a meal and beaker of wine at a monastery or abbey – which of course owned huge tracts of vineyards.

It was the practice of giving wine to pilgrims at the Liebfrauenstift in Worms that gave rise to ‘Liebfrauenmilch’, its rather lovely origins lost now through thorough bastardisation.

Medieval rulers in particular were quick to dish out wine to their subjects during holidays or celebrations.

Venice still wheels out a wine fountain in St Mark’s Sqaure during its carnival and the conduits of London regularly ran with wine to mark a royal birth or marriage or to fête the return of a victorious monarch such as Henry V after Agincourt.

Henry VIII had a wine fountain made for his meeting with Francis I at the Field of the Cloth of Gold in 1520. 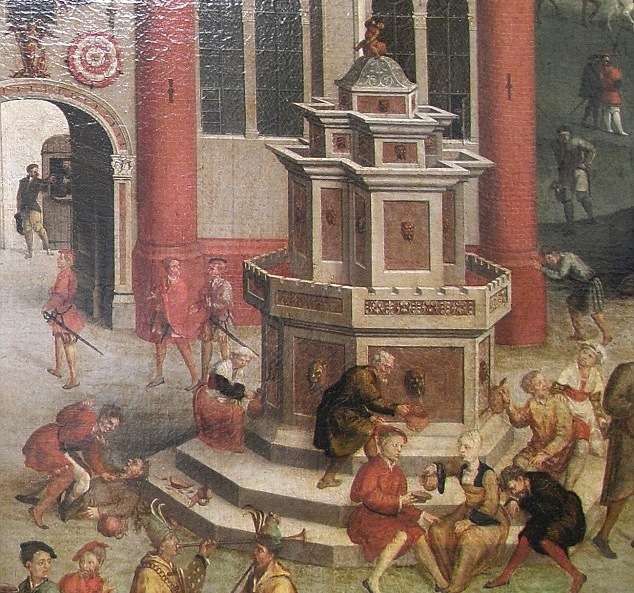 It features in a famous painting of the event where people can be seen enjoying themselves, even a little too much – one figure is clearly vomiting against the side of Henry’s pavilion and two others are having a punch-up (see picture, right).

A replica of the fountain featured in the painting was made in 2010 after the remains of one were found at Hampton Court in 2008. It and now sits at the palace and is known to flow with wine itself from time to time.