London wine merchant Friarwood Fine Wines is stepping up its ambition with the launch of its new e-commerce business next month, as it plans further retail expansion.

The new online business, which is set to launch in October, is the first e-commerce venture for the company, which only launched its first website in January this year, following the change in management.

New owner and md Ben Carfagnini, who bought the business in February 2015 following the death of founder Peter Bowen, is implementing a tech-focused strategy across its wholesale and growing retail business, bringing in new software to make it more agile, responsive and customer-focused. This follows a recent rebranding which saw the roll-out of a new logo, corporate identity, and philosophy.

“It’s been a sprint more than a marathon,” Cargagnini admits, pointing out that prior to his acquisition of the company, the Parsons Green showroom and shop operated purely on pen and paper, without a till, EPOS or wifi.

The new e-commerce site has been developed with New Zealand company Vend, which synchs directly to the newly installed Cloud-based, ipad-operated EPOS and stock system which can run analytics on basket sales.

The team is also keen to tap into more imaginative tech-based delivery methods – as well as teaming up with an overnight national delivery company and its own driver for local deliveries, it is also embracing services like Uber and Shutl, which allows customers to find the best courier service for their delivery, based on the time they want wine delivered, and has just signed up with Deliveroo.

“It’s about being agile and seeing what solutions bring the best value,” Edouard Dautreix, head of operations explains.

In addition to online expansion, Carfagnini is also eyeing up new retail outlets in similar upmarket areas of South West London, and would ideally like to open a shop before Christmas, followed by five over the next few years.

“When I bought the business I spent the first 8-12 months focusing on retail to get it profitable and we’ve made huge improvements. But the retail scene within London is a very quiet market, and there is still a huge demand that is still untapped for quality products combined with a limitless supply of knowledge from staff and help pairing wines – it is a very personal service and a huge relationship building exercise,” he says.

The success of the retail comes down to the success of its wholesale business, he notes, which currently makes up around two thirds of the operation, selling into hotels, restaurants and private members clubs. This is largely because it allows the team to offer wines that can’t be found anywhere else in London. “That is priceless for our customers,” he argues.

Head of buying Auriane D’Aramon says this synergy between the wholesale and newer retail arm (which until recently played second fiddle), allows it to buy 90% of its range direct from producers.

“Without wholesale we wouldn’t be in a position to import that quantity or negotiate exclusivity” Edouard Dautreix, head of operations agrees. “And retail gives another channel of distribution and from a financial point of view, it creates more margin. So both [sides] work hand in hand, “

The range has changed over the last 18-months and although two thirds of the 800 lines still come from France, it is less Bordeaux and Burgundy-centric than under its previous owners. D’Aramon has taken more wines from the Loire, Rhone and Bulgaria, as well as Italy, Australia, Argentina, Chile and more recently, Canada, where Carfagnini hails from – but there are plans to extend it further. 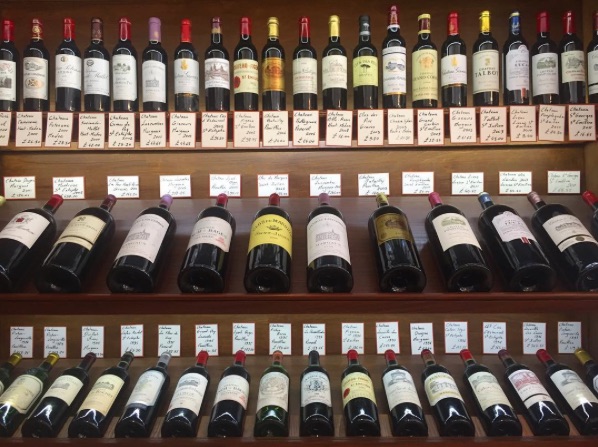