Ahead of the final leg of their Rock or Bust World Tour in August, legendary rockers AC/DC have announced plans to enter the sprits industry with the launch of a new Tequila brand. 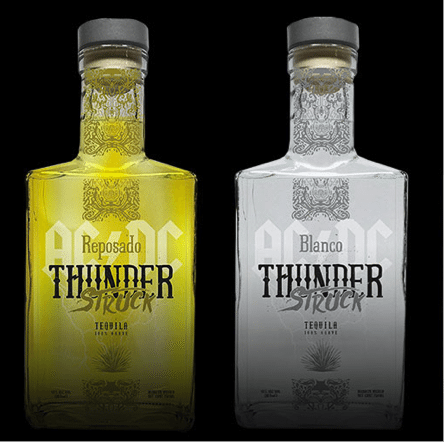 The rock band has collaborated with Fabrica de Tequilas Finos, based in Mexico, to launch launch Thunderstruck Tequila.

Due to hit shelves in mid 2016, Thunderstuck Tequila is made from organically-produced 100% Blue Weber agave at Fabrica de Tequilas Finos’ distillery in the town of Tequila, Mexico. It will be available in silver, reposado and Añejo expressions with a retail price of between $29.99 to $39.99.

This is not the band’s first foray into the drinks industry, having previously previously released Rock Or Bust beer, a Bourbon and cola RTD, Back in Black wine and Platinum Shiraz made with grapes from low yielding old vines in Australia’s Barossa Valley and aged for two years in American oak.

Fellow rockers Motörhead entered the wine game in 2011 with Sacrifice Shiraz, which was relaunched in bag-in-box packaging earlier this year shaped to look like an amp. Kiss, Iron Maiden, Whitesnake and Slayer also have branded wine ranges.

In 2015 Motörhead released a whisky to mark their 40th year in the music business, produced by Swedish distillery Mackmyra.

Similarly West Cork Distillers, one of only three independent whiskey distilleries in Ireland, announced the launch of an Irish whiskey produced in partnership with The Pogues last year, which has since been rolled out to the US market.