British heavy metal act Motörhead has released a whisky to mark their 40th year in the music business, produced by Swedish distillery Mackmyra. 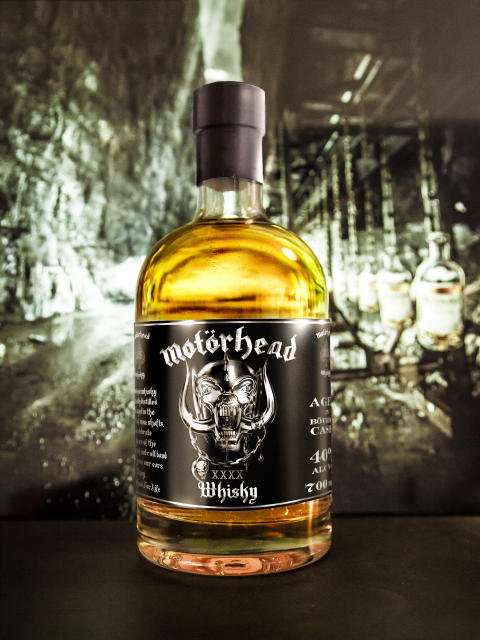 The limited-edition Swedish single malt whisky has been aged for five years in new American oak barrels and finished in oloroso Sherry oak barrels for the last six months.

“The whisky is incredibly good, with full character and fully flavored with a superb bourbon touch, as it’s been aged in new American oak casks”, said Motörhead drummer Mikkey Dee.

“All of us in the band have been active in the production process and are very proud over the result, and are happy to now launch such a great, characteristic whisky Motörhead style.”

This is by no means the band’s first foray into the world of drinks. Motörhead established its own drinks brand, Motörhead Drinks, several years ago which produces a Shriaz, rosé, vodka and beer. In 2013 the band released a bag-in-box Shiraz modelled to look like a guitar amplifier. Like its bottled version, Motörhead’s Sacrifice Shiraz comes from South Eastern Australia.

Bottled at 40% abv, its most recent addition to its growing stable is described as an “perfectly balanced whisky with nice caramel and typical vanilla notes from American oak.”

Other rock groups to release wine and beer lines include AC/DC, Iron Maiden, Slayer, Whitesnake and Satyricon. Motörhead’s whisky is due to be released on 1 October and has an RRP of 666 Swedish Krona ($79).