Rock legends AC/DC are to become the latest band to release their own wine range. 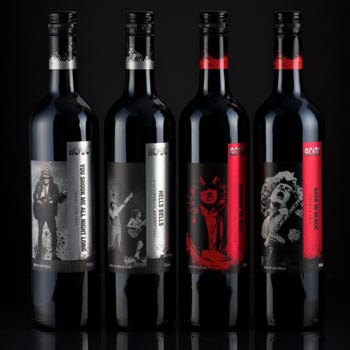 The group is lending its name to a new line which goes on sale in Australia this week.

The Aussie rockers have entered into a partnership with New South Wales-based winery Warburn Estate to produce four bottled varieties, named after some of their hits – AC/DC “Back in Black” Shiraz, AC/DC “You Shook Me All Night Long” Moscato, AC/DC “Highway to Hell” Cabernet Sauvignon and AC/DC “Hells Bells” Sauvignon Blanc.

They follow fellow aging rockers Motörhead in entering the wine game, with Motörhead Shiraz having been rolled out earlier this year.

Other bands to have given their name to a wine range in the past include KISS, Whitesnake and Warrant

Steve Donohue, general manager of buying for the Woolworths Liquor Group which will sell the line, told Australian Associated Press that it was a “no-brainer” to sell the wine nationally.

“This is a world-wide phenomenon and a first in the marketplace,” he said.

One of the highest grossing bands of all time, AC/DC survived the death of original singer, Bon Scott – who died in London in February 1980 after a night of heavy drinking – to rack up more hits with his replacement Brian Johnson.