SAB Miller, the brewer of Carling, Pilsner Urquell, Miller Lite, and Castle Lager, has posted its full year results for 2015, showing encouraging growth in lager volumes ahead of its impending takeover by AB Inbev. 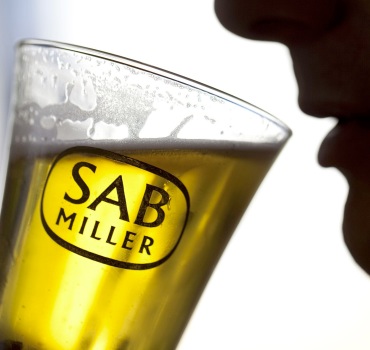 However, revenues of the London-based company suffered due to unfavourable currency fluctuations against the US dollar in some of its key markets.

Lager volumes for the company grew by 1% for the full year while its subsidiaries saw a 5% growth in sales volumes over the same period.

Growth was particularly strong in Latin America, with Colombia seeing an 8% rise across the year. In Africa, excluding South Africa, volumes rose even higher, by 11%.

Revenue for the group fell by 5% for the fourth quarter and 8% for the full year due to the impact of fluctuations in its key operating currencies against the US dollar.

If currency rates had remained the same as 2014, the group would have seen revenue growth of 5%.

Alan Clark, Chief Executive of SABMiller, said: “We have had a strong year and increased momentum in the second half across all our regions notwithstanding economic volatility and the potential distraction of the AB InBev offer. Our results reflect our strategy to expand the beer category and to grow and premiumise our diverse brand portfolios.”

The company gave no update about its acquisition by A-B InBev, which is expected to conclude in the second half of the year.