In the first of a new series of bar reviews, db heads to Seven Tales in Clerkenwell in the basement of Jason Atherton’s izakaya restaurant Sosharu, where we’re transported to Tokyo. 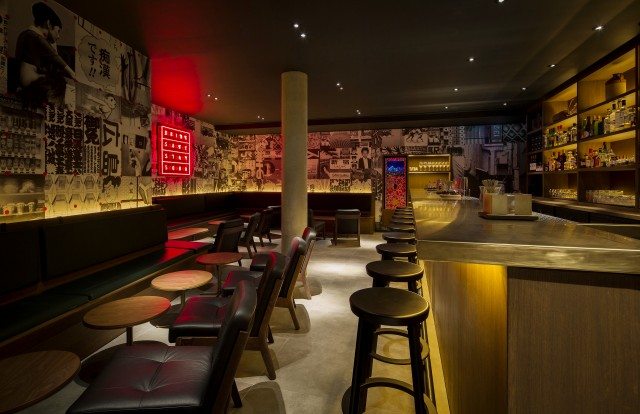 The concept: Housed in the basement of Jason Atherton’s shiny new Japanese restaurant Sosharu in Clerkenwell, Seven Tales is a destination bar in its own right that captures the buzz of Tokyo’s late night drinking dens.

The cocktails: Drinks take their inspiration from Japanese culture and err on the bitter side of the flavour spectrum via Italian bitters. Beautifully presented, many of the sips feature carved blocks of ice and flower garnishes, and the majority cost between £9.50 and £10.50.

Seven Tales capitalises on the growing popularity of Japanese whiskey, making a hero of it in a number of the cocktails, such as the Cold Tea, featuring Nikka Blended whiskey, house ‘tea’ and toasted coconut; and the Travelling Man – a delicious twist on a Manhattan made with Nikka All Malt, Lapsang Souchong-infused Cocchi de Torino and a nori tincture. Saké, shochu and umeshu also make cameos on the menu.

Signature sip: Kick off the night in style with the Champagne Papi, made with Perrier-Jouët, umeshu and banana. The cocktail comes with a gold coin you have to slot into the vending machine, which dispenses sugar cubes in plastic eggs. Pop it into the drink and watch it fizz like a madman.

The food: The bar snack offering is far from an afterthought – we particularly liked the juicy fried chicken karaage with lemon and salt, and the mammoth tonkatsu sandwich with bulldog sauce. For healthy eaters, the fresh spring vegetables with tomato miso are an edible garden of goodness.

Who to know: Ebullient Canadian bar manager Geoff Robinson, formerly of Happiness Forgets and the Experimental Cocktail Club. You’ll find the nattily-dressed Robinson either behind the bar or working the room.

Don’t leave without: Trying out the different functions of the Toto loos, from massaging to deodorising. The heated seats are a blessing in winter.

Click through for images of some of the bar’s signature sips. 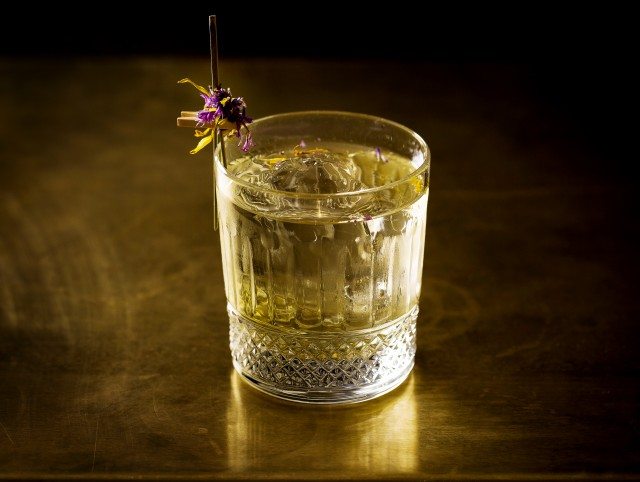 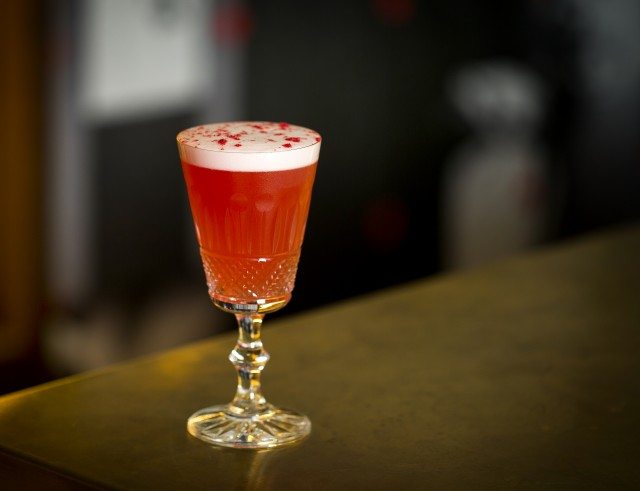 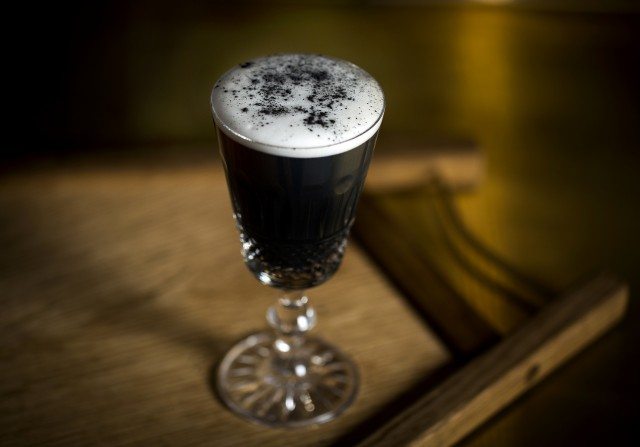 Tapping in to the trend for charcoal-laced cocktails, the Alien Jones features Jameson whiskey, coffee-infused Cocchi Americano, lemon, egg white and bamboo charcoal in a quirky twist on a whisky sour.