A brewery in Chicago has collaborated with a local museum to create a beer inspired by an ancient Peruvian recipe. 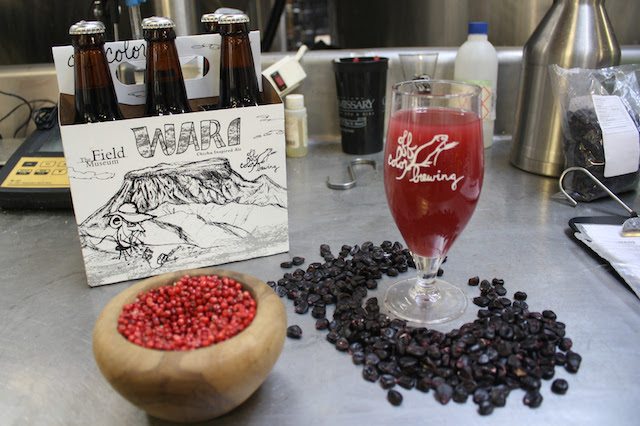 Off Color Brewing and the Field Museum of Natural History worked together to reconstruct the old recipe based on findings at a brewery from a pre-Incan site in Peru.

Members of the museum’s Department of Anthropology were involved with the dig and as Off Color already provides beer for the Field’s café it was decided they work together on the brew, which includes ‘molle’ berries (also known as American/Peruvian peppercorn) and purple corn in the recipe.

‘Wari Chicha-inspired ale’ as it is known is based on a beer called ‘chicha de molle’, a type that was produced in South America even before the rise of the Incan Empire in the 15th century.

Archaeologists found evidence of its production during excavations at the Cerro Baúl site in southern Peru in the first half of the last decade.

Uncovering a palace complex occupied by people from the Wari Empire between 600AD and 1000AD, they also discovered what remains the largest pre-Incan brewery ever found in the Americas.

The brewery contained a mill and large clay vats that were used for boiling the molle and corn to release the sugars that induced fermentation. Samples of molle berries and corn kernels were found in large numbers at the site.

Beer made from corn was called chicha de jora and it is thought that the molle component was added for flavouring (though may not have been added in all instances) to make chicha de molle. Molle berries are a bright pink colour which in turn gives the beer a striking appearance (see main picture above).

Each clay vat was capable of holding 150 litres of beer – which would be left to ferment for three to five days until the desired potency had been reached. At least 12 vats were located at the brewery which points to a capacity of 1,800 litres in a single batch.

The beer was generally drunk ceremonially from special pitchers called kero, which were ritually smashed after the beer had been drunk from it. Again, large quantities of kero fragments were found at the site.

Numerous pins that held together tupu shawls worn by high-status women were also found, which suggested a strong female connection to brewing in Wari society – exactly as it was in ancient Mesopotamian, Egyptian and Spanish societies too.

In making its own chicha, Off Color imported some purple corn from Peru, “spiced it up” with some molle berries and added a little hops as well.

The beer went on sale earlier this month and a small amount is on sale at the Fields Museum as well.

For more on the Wari culture and the discovery of the brewery and palace complex at Cerro Baúl, click here.