Diam hits back over ‘bitterness’ claim

A German négociant has claimed that wines closed with Diam corks develop a strong bitter flavour – an accusation the manufacturer strongly rebuts. 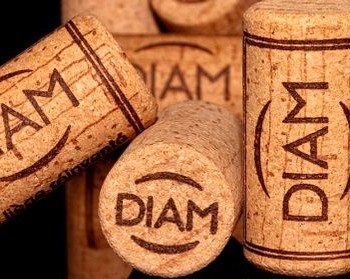 The claim by Rolf Cordes surfaced at the end of January on the German wine review Wein Plus. One of Diam’s directors met with Cordes and swiftly concluded he was a “fantasist”.

Cordes claimed he found that wines under Diam closures developed a “persistent dry aftertaste” that he christened “atypical bitterness”. He explained he had taken eight wines, a mixture of red, white and rosé and from different regions and grape varieties, and poured 1.5 litres of each into two jars to create a pair of each.

Into one of the jars of each pair he added two Diam corks and left them to macerate for between two to 94 days. In the end, he claimed that in a tasting with 10 others seven of the eight wines left with the Diam corks had developed this “atypical bitterness”. Proof, he added, that Diam was not a neutral closure.

According to French site Vitisphere, one of Diam’s oenologues and directors, Alain Schmitt, once he heard of the ‘findings’, went to meet Cordes and came away less than impressed.

He told Vitisphere: “Mr Cordes is an fantasist who wants to cause a stir. He works in a museum and opens his garage two times a week to sell some bottles of wine. It was in this same garage that he conducted his pseudo-study.

“He didn’t bother to compare Diam to other corks and came up with no other analysis (SO2 or O2 levels)”.

He continued that Cordes had confused reduction and bitterness and that wines with low pH levels and high levels of sulfites could appear “hard” and closed several months after bottling, becoming more expressive over time.

He added that as a supplier to nearly 50% of white Burgundy’s grand cru producers, many leading Champagne makers and several other well-known wine producers across France, “if our corks made the wines bitter we would now about it.”

He concluded that if the rumours were judged to have any impact on Diam’s sales then the company would “not let the matter stand”.

A letter has been sent to all of its distributors and Wein Plus on the matter.

“If necessary we will defend our brand in front of a tribunal,” added Schmitt.