“Aureto has ambition and pretentiousness, as is apparent in the price of this wine [US$45] and its unnecessarily thick, heavy bottle,” the Washington Post‘s Dave McIntyre rather surprisingly begins. “Yet the wine is lush, velvety and delicious,” he says.

“For my taste, the alcohol is a bit high, but chilling it slightly will accentuate the fruit and balance the heat. The blend is 70 percent Syrah, 20 percent Grenache and the balance Carignan,” McIntrye concludes, awarding it three stars out of three. 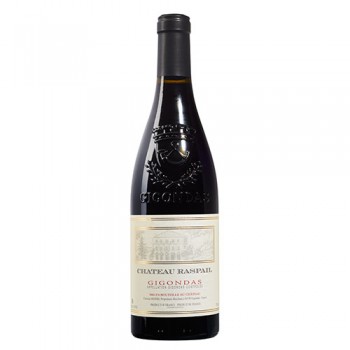 Choosing this wine from the same importer as the above, McIntrye begins his assessment with the price aspect once more, saying: “Wines from Gigondas have become steadily more expensive in recent years as the appellation has gained prestige. That inflation makes this fine example seem moderately priced [$35]”.

As for the wine itself, he says: “It offers characteristic tightness and tannin, yet some beautiful high-toned fruit emerges a few hours after the bottle is opened. I recommend decanting this at least two hours before dinner. Or, if you don’t finish the bottle, stick the cork back in and try it again the next day. You might be pleasantly surprised.” 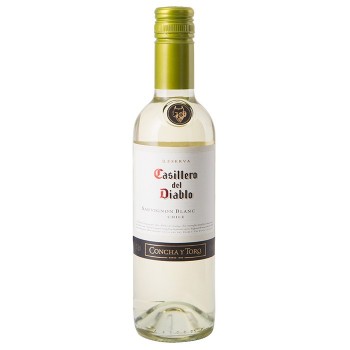 The Augusta Chronicle‘s Dennis Sodomka recommends a wine that appeared in last weeks round-up, no doubt because of its association with a certain annual event happening at the end of October…

Praising the value of the wine, he writes: “It is difficult to find wine this good at such a low price.”

Describing the wine, it has a “beautiful straw colour with green highlights” and on the nose it displays “strong aromas of citrus and peaches pour out of the glass, leading to an explosion of flavours on the palate.”

Next, on the palate, Sodomka says: “It is elegant, round, balanced and loaded with grapefruit and grapefruit peel flavours. Some Sauvignon Blancs overdo the grapefruit, but in the Casillero del Diablo the flavours are mellower. It has a smooth mouthfeel and a nice balance of crisp acidity.” 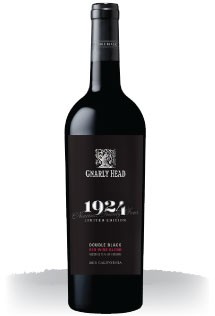 Sandra Silfven, of the Detroit News, has her eyes on this Californian producer in her wine recommendation this week. Of this particular wine, she writes, “This burly red wine has a big engine under the hood: It’s packed with juicy fruit, spice, supple tannins and braced with firm acidity. Think blueberry, blackberry, fig, dark licorice and spice.

“The grapes are primarily from Lodi, a region known for Zinfandel. And remember it’s 15% alcohol. A gentle giant.”

On to her other highlight from Gnarly Head, Silfven writes: “This is a Petite Sirah-based blend that will coat your mouth and everything it touches with its inky colour. In the glass, the wine is nearly black with a deep purple rim.

“The fruit is concentrated and intense,” she continues, with “aromas of boysenberry, blackberry, blueberry and spice lead to flavours of bold, dark berry fruit, plum, cocoa and spice encased in supple tannins, sturdy acidity and vanilla and toast. Think Halloween and zombie teeth!”

Eric Asimov makes an impassioned case for this Austrian variety in his New York Times  this week, choosing this particular wine for its “spicy, complex and precise,” flavours with “vibrant earthiness, red fruits and minerals… that bely its price”.

Secondly, Asmiov chooses this “likeable” wine that he describes as “juicy, spicy and refreshing, with lively, savoury flavours”.

And the last of Asimov’s 3-out-of-3 wines is this wine that boasts “savory flavors of smoked meats and licorice, with concentration and complexity,” he writes.

Next, Michele Parente of the San Diego Union-Tribune is full of praise for this Italian-varietal Californian wine.

She says it displays “exceptional acidity that’s rounded out by a richness that comes from spending 12 months in French oak barrels.

“Its cherry, plummy aromas and cocoa and cinnamon flavours linger on the palate long after you’re done sipping. It’s a wine that can stand up to hearty meat dishes, but I’d also break out some dark chocolate and have it with dessert.”

And finally, S. Irene Virbila of the LA Times highlights the temperate climate in which she works by recommending wines perfect for barbecues.

She writes: “Spanish wine aficionados are always on the prowl for Raúl Pérez wines, but of all the many wines this extremely talented winemaker makes – most in minuscule quantities – this red may be the best value.

“That doesn’t mean it’s inexpensive,” she qualifies, “but for the towering quality, it’s a buy. Made from vines close to a century old, the 2012 Raúl Pérez Mencia Vico Bierzo is a big, juicy red with tightly woven dark berry flavors, pepper, spice and wild herbs.”