Constellation Brands has reaffirmed its confidence in the Mexican beer market, announcing plans to invest $2 billion in expanding its brewery and bottle plant in the country. 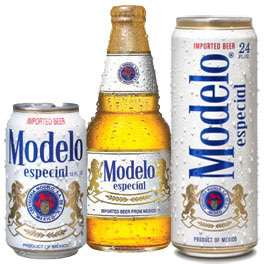 At a meeting with the President of Mexico, Enrique Peña Nieto, Rob Sands, president and CEO of Constellation Brands, said it was “proud to be in Mexico” and was “here to stay”.

“Our commitment and investments in our Mexican beer portfolio have resulted in record-breaking growth and accelerating US consumer demand that is far ahead of market trends”, said Sands.

“We are thrilled about the investments we are making in Mexico because we believe Mexican high-end beer will continue to grow and be a leading beer segment in the US for years to come.”

Earlier this year Constellation reported a 24% increase to net sales in its 2015 end of year results, largely propelled by its Mexican beer business.

The company completed its acquisition of Gruppo Modelo’s US beer business from AB InBev for $4.75 billion in June 2013, giving it control of US imports of Corona and Modelo Especial.

Constellation isn’t the only brewer to have caught on to Mexico’s beer boom. Earlier this year Heineken plans to invest US$470 million in building a new brewery in Mexico – its seventh in the country.

Mexican beer is consumed in more than 180 countries, with annual exports of close to $1.6 billion, mostly to the US. and Canada.